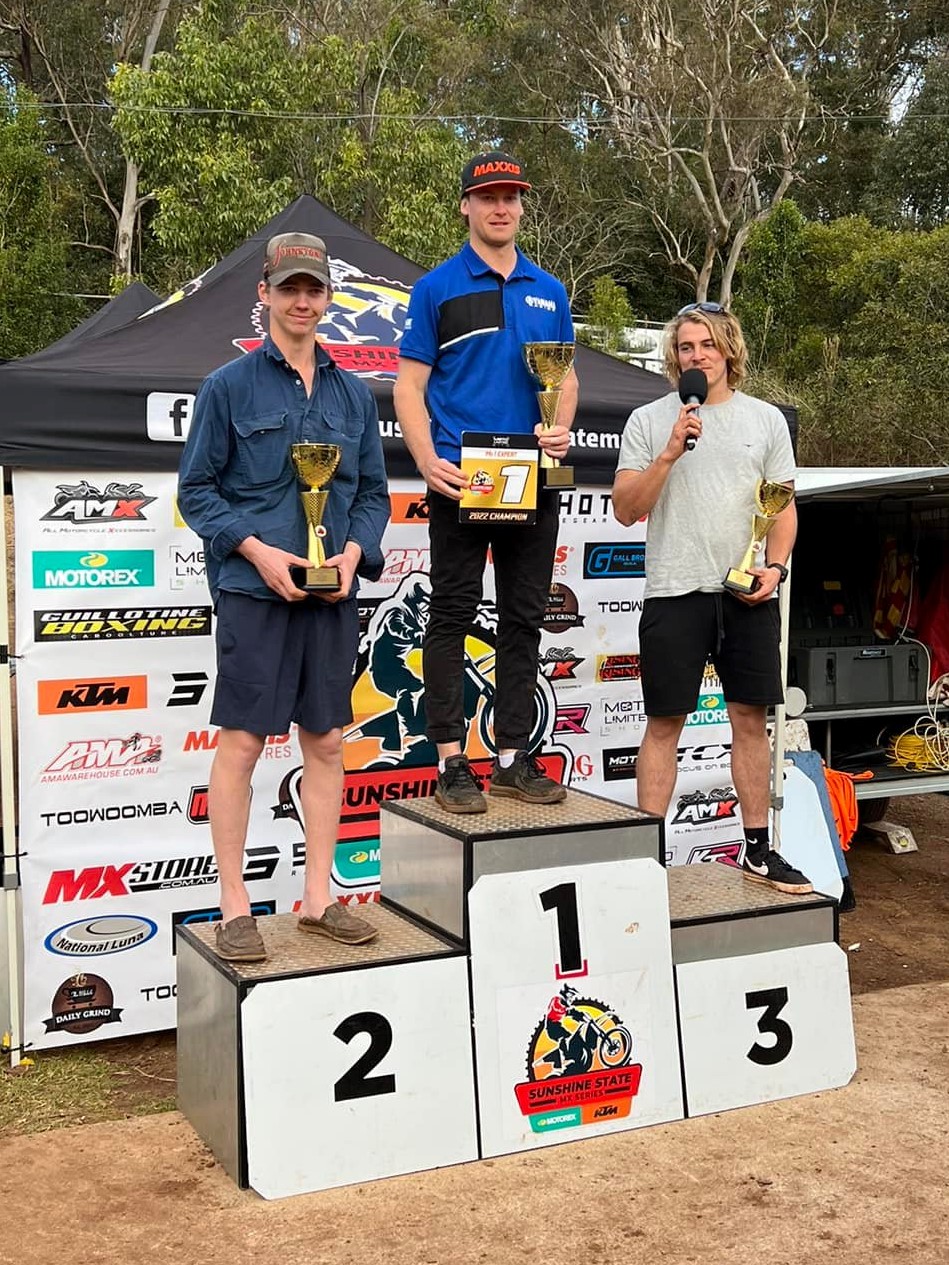 Despite missing the CQ series earlier in the year, Matty Kennedy took out the top spot at the Sunshine State MX series.

Matty Kennedy said that the challenges of being a fulltime working dad make it harder to train, though it certainly wouldn’t show with his performance at the MX Series.

“Due to being a fulltime working dad of two little ones, I am unable to train as much as I would like. I try to get to the gym a few times during the week and I also ride my cycle bike after work at home inside while looking after my kids.”

Matty has been racing since the young age of five, motivated by the love of adrenalin that comes with competing. Up next for him is the Queensland Titles in Rockhampton, then to Townsville for the Queensland Veteran Titles. After that he’ll take some time off at the end of the year until he starts training hard for next year’s season.

Even after wins and competing at some amazing championships, Matty said that his favourite part of riding is the time spent with family.

“It is a sport that you can do on your own, but it is so much more fun as a family. Like I said earlier, I love the adrenalin and achieving results. In this series I didn’t have the best last round- with a crash, bike trouble and having to borrow a bike in the final race to ensure I could keep myself in the competition for the series win. That really puts you under the pump and gets the heart racing!

“This year I wanted to prove to myself that at my age I could still mix it with the young ones as well as show my kids you are never too old. I just love racing and while I love it, I will keep doing it.”

Matty would like to thank his family for all of their support, as well as the people who offered him sponsorship even after spending three years off the bike.

“A big thank you to Ashs Spoked Wheelz, MPE Suspension, Maxxis Moto Australia, BRT MX, Alpine Stars and of course, Rocky Yamaha. Without these people this would not have been possible, so it is not just me winning it is a team effort.”