Meet the director and stage manager of Shrek the Musical! 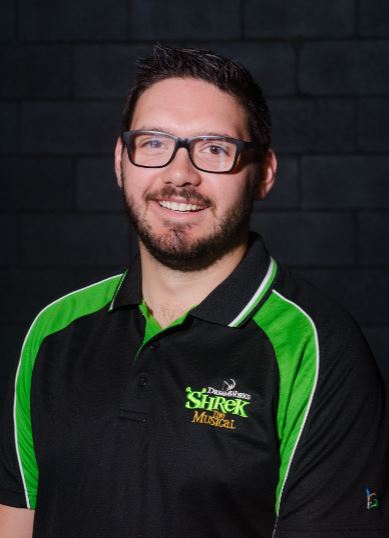 19 Feb Meet the director and stage manager of Shrek the Musical!

Posted at 13:19h in Entertainment, Local by News 0 Comments

What inspired you to become involved in theatre?

I have always enjoyed watching live theatrical performances from a young age. I became heavily involved with theatre when I was 11. I attended Speech and Drama lessons and competed in the Gladstone Eisteddfod. I joined a local youth theatre group called PACT House and am still an active member of the group. From there I was part of my High School Musical Productions as well as the Combined Schools Musicals. My inspiration to be involved with theatre really is love. I love the whole process from auditions through to rehearsals, bump in and production week. Seeing a play or musical come alive from a simple script is amazing.

What’s your proudest achievement in Theatre so far? Being given the opportunity to direct the 2018 Combined Schools Musical “Shrek – The Musical”. I am working with an amazing creative team particularly Stage Manager Jeannine Butler who started the CSM program 20 years ago.

What was your first role/experience working within Theatre or the Arts space? My first experience on stage was at the age of 5 reciting “Little Miss Muffet” in the Cairns Eisteddfod. I played lead roles during my high school years in Theatre as well as Musicals. This continued throughout University and much later Community theatre groups. I progressed from acting to a Directing and Stage Managing role.

What piece of advice would you give to people considering a career in Theatre or Creative Arts?

If this is your dream then believe in yourself and go for it. Successful people will achieve more than you ever thought possible because of an innate belief in themselves. Although I didn’t get to achieve my initial goal of going to Acting School. I continued my love and passion for the Arts through my career as a teacher, Lecturer, Adjudicator, Director and Stage Manager enriching others’ lives and encouraging them to strive for excellence