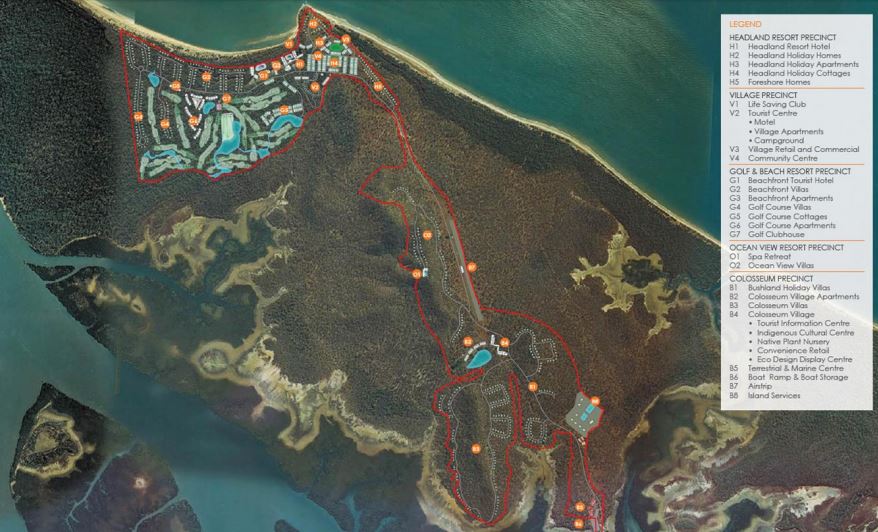 Update: The Coordinator-General has informed Gladstone Regional Council that they are considering overturning their decision to knock back the Hummock Hill Island development application, with a decision expected by the end of June.

Mayor Matt Burnett said he stands behind the decision which split council five to four: “We were expecting that this would happen,” he said. “It is a prescribed project, so the Coordinator General’s office, of course, have taken an interest, but I’m not worried about our decision.”

“The only legal instrument we have against which we can assess DAs is the Planning Scheme and it didn’t fit. If we’d knocked back the officer’s recommendation which is based on the requirements of our planning scheme, well, people would rightly complain about that.”

“We have a bit of wiggle room when it comes to the plan, for example, if we received an application for a five-storey office block in an area where we normally only allow four we might consider the surrounding areas and context: but this developmebnt is essentially an entirely new residential subdivsion in an area where there are no roads, water or infrastructure. They need to build a pretty major bridge to make the place accessible.”

“They call it an eco-resort, but it’s a residential subdivision with a resort tacked on. The developers say “don’t worry, we will look after the infrastructure for twenty years” but after twenty years and we need a new bridge, what then?

“It’s difficult to justify taking that on.”