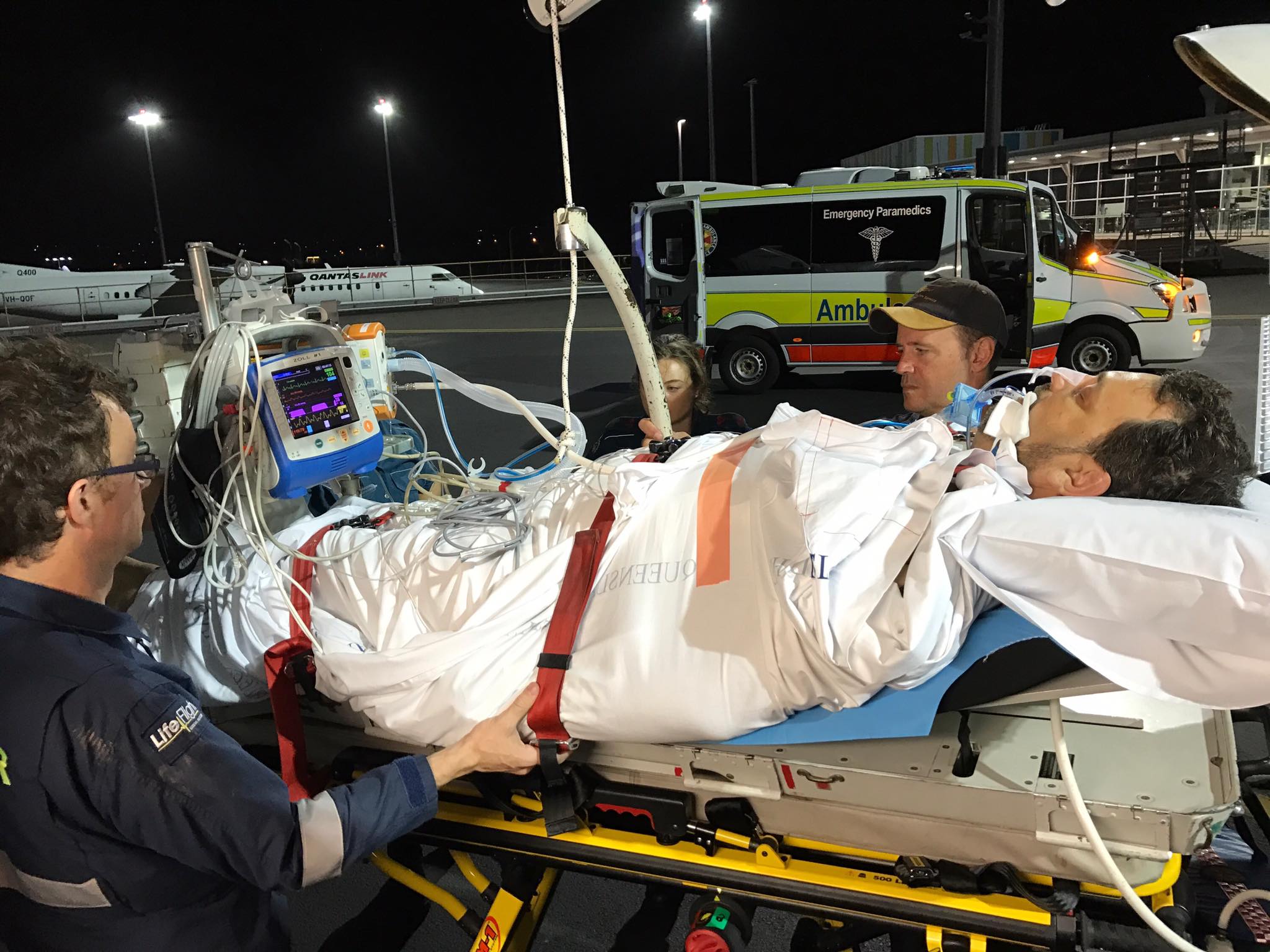 Shane McLeod is a well-known Gladstone man, he was born here and has been in real estate for a respectable 15 years at Remax Gold Gladstone. What you might not know about Shane McLeod is that in the last 3 months, he experienced something very traumatic that will leave his life forever changed.

Karina from Gladstone News sat down with Shane to talk about Men’s Health Week where she promised to poke and prod him, to which he responded, “Join the club, there’s been a lot of that lately.”

Karina and Shane spoke fondly of a friendship that was sparked over the mutual enjoyment of a cigarette behind the Remax Gold office, a life which has now been left in their smoke.

“I was a lot of a smoker, I actually smoked for 27 years, I was one of those peer-pressured teenagers who started smoking quite young, just as I approached my 40s I had some other family health scares, my dad had been ill with 2 different types of cancer and beat them but that sort of got me thinking about my own health. I lived a pretty rough and ready old lifestyle,” Shane said.

Shane gave up smoking about 3 and half years ago and has since put a lot of emphasis on rebuilding his health again. He joined a weight loss challenge and dropped 20 kilograms.

Doctors told Shane that if his health wasn’t where it was, he would be dead because at age 45, in the healthiest stage of his adult life, he had a heart attack.

Karina mused the last post she had seen on Facebook from Shane was of him cutting down a tree in his backyard and the next thing he looked half dead on a hospital bed with tubes and monitors all over the place.

“Yeah that’s the day it all happened, there were no warning signs leading up to it for me, it was one of those ‘out of the blue’ ones. I hadn’t had any health issues to indicate I was at risk,” Shane said.

Shane was working his way through the tree with a chainsaw when “I got a little pain over in the back of my shoulder and it started slowly spreading down into my left arm. I was having a bit of trouble breathing but it was a hot and humid day and I thought ‘oh I’ll be right, maybe just pulled something in neck or shoulder,’ but then the pain started getting worse,” he described.

He knew he was having a heart attack when the pain began to travel down his left arm but to avoid freaking out the people around him, he made a mistake that could’ve saved his life, or taken it. He asked to be driven to the hospital instead of calling an ambulance.

“I got halfway across the carpark to get into emergency and then I collapsed. I was in the throes of the heart attack, they tell me, as we were driving in there, and then I hit the ground and that’s the last thing I remember until I woke up in Brisbane,” he said.

Shane died twice that day, but was revived by doctors and although he is thankful to be alive, he didn’t leave hospital completely unscathed.

“I had another case of an arrhythmia while I was in hospital, so that’s when your heart speeds up really fast, I couldn’t feel it, I didn’t know it was happening, but they decided to put in a pacemaker and defibrillator into my chest so that if that does happen, again, I have much better chance of it trying to work it out for me. And if my heart does decide to go nuts again it’ll kick me in the chest and get me going again, hopefully.”

In the aftermath of his heart attack Shane attends a cardiac rehab program, he’s continuing to stay active and eating a healthy diet, as well as keeping the drinking down to the odd night out with friends.

“Yeah, it was totally unexpected, you start doing all the good things that you think you’re supposed to be doing and then this kicks you, it was still a big wake-up call,” he said

“It’s never too late to start making those changes.”

To hear the full interview with Shane and Karina listen to the Gladstone News Podcast on our Facebook page.