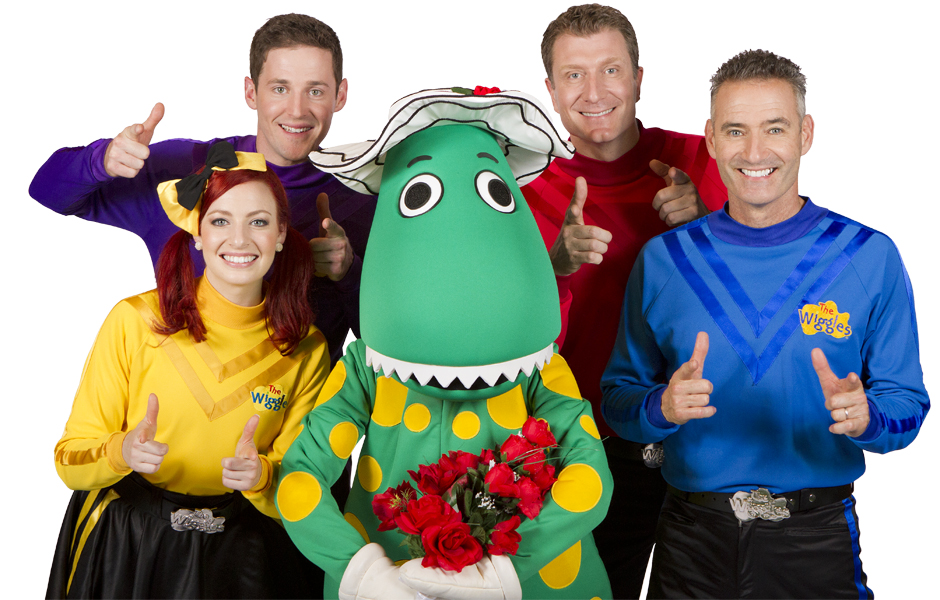 First show sold out in 12mins.

So… i don’t want to cause a crazy freak out with the mum’s around Gladstone BUT i just saw that the WIGGLES are coming to Gladstone and tickets go on sale tomorrow at 10am. OMG (WAKE UP GEOFF) I’ve been a working mum getting newspapers written and i missed the memo until now. ANYBODY ELSE? I’m in a meeting tomorrow from 9.30am. Should i cancel and tell them my 1.5year old dauughter NEEDS to see the Wiggles so i can’t make the meeting? someone grab me a family ticket and i will pay you back (2 adults, 2 Children) Keith won’t want to miss this..LOL!

The Wiggles are celebrating their 25th birthday in the best way possible! Emma, Simon, Anthony and Lachy will be performing in over 100 locations around Australia! Wiggle Town is the name of a brand new tour as well as the new Wiggles CD, DVD, and TV series which debut on ABC TV soon. The Wiggle Town tour follows the runaway success of last year, where The Wiggles performed in every state and territory across Australia and sold out over 200 shows, performing to over a quarter of a million fans around the world, making The Wiggles the most successful children’s entertainment group. The Wiggle Town tour will run from March through to July of this year and will feature songs from Wiggle Town. You’ll sing and dance along with the latest Wiggles hits such as “Do the Propeller”, “Emma’s Yellow Bow” and “Simon Says” as well as Wiggle classics “Hot Potato”, “Rock a Bye Your Bear” and “Fruit Salad”. The Fab Four of fun will of course be joined by Dorothy the Dinosaur, Captain Feathersword, Wags the Dog and Henry the Octopus! The Wiggles are Australian Icons, trusted and treasured by Aussies with a recent survey (i-View Omnibus) showing that 92{7a2eb471754f58cbf59baa93ee81dc7b74d186cb2e306188f39c85ba863dbab8} of Australians are aware of The Wiggles; 66{7a2eb471754f58cbf59baa93ee81dc7b74d186cb2e306188f39c85ba863dbab8} of Australian Adults have been entertained by The Wiggles in their lifetime; 81{7a2eb471754f58cbf59baa93ee81dc7b74d186cb2e306188f39c85ba863dbab8} of children (1-5 yrs) have been entertained by The Wiggles and 70{7a2eb471754f58cbf59baa93ee81dc7b74d186cb2e306188f39c85ba863dbab8} of young parents say that The Wiggles are their pre-schoolers favourite entertainers! Emma’s own TV series debuted on ABC TV last year, due to her amazing popularity. In breaking news, work has begun on the Lachy TV show, let’s hope he stays awake for this one! With so many sold out shows last year, you better get a wiggle on and get your tickets now as tickets to The Wiggle Town tour will sell like … Hot Potatoes! http://thewiggles.com.au/ for more info.