NAIDOC Week Profile – Because of her, we can! 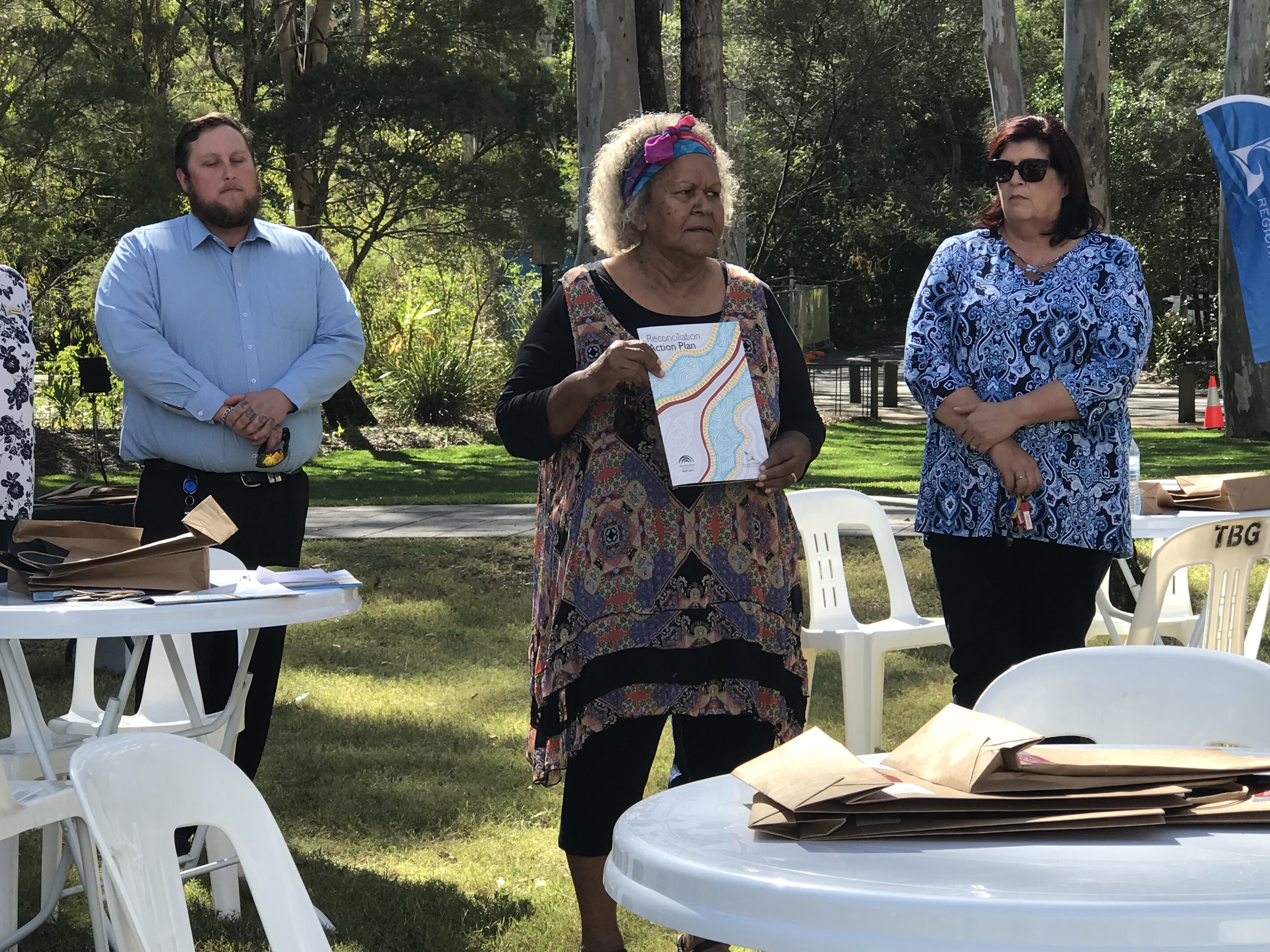 15 Jun NAIDOC Week Profile – Because of her, we can!

Neola Savage, Gooreng Gooreng woman, teacher and activist has dedicated her life and career to education. Born in Gladstone, her dad was Hector Johnson.

I visited Neola at her home last week to discuss NAIDOC week – particularly the theme “because of her we can”.

Neola says it has been Aboriginal women – her mother and sisters – who went before her in her family who set the example:

“When we moved over to Barney Point, which is where we still reside, Mum and Dad bought the house.”

“In those days, Aboriginal people didn’t buy their own homes, but they did. Because dad was a very good worker, he always worked for us, and Mum was a very good home-maker.”

“She kept everything beautifully – and we were always fed well and clothed well. Because of her we can,” she said.

My sister is Juliri Ingra, and I have another sister here, Marilyn Smith. I also have a sister in Brisbane, she’s Valda Coolwell. We all grew up here, four of us were born here in Gladstone.

“I have another sister, Jackie Johnson, and she went to university. She hadn’t very much education, but she was very smart, and she picked up a lot for her age. But she only went to year three or four,” Neola recalls.

“She went to university and became a teacher, long before any of us even thought about it. Because of Jackie, not only did eight people in our family become teachers, but there are probably twenty or thirty others who went to Uni because they’d seen her do it. So again, because of her, we can.”

Neola became one of the first Aboriginal teachers’ aides, training in Brisbane in the early 1970s. She is still passionate about how to engage Aboriginal students at school, encouraging colleagues throughout her career to make learning relevant for all the children in the class:

“Teachers have got to know the history of where these kids are coming from. Whitefellas can do it, but you have to learn about the child, and that’s one of the things that teachers have to do: learn about your student. Learn about their background. That’s what they teach you at teachers’ training college.

Neola said it’s all part of recognising where school may fit in a young Aboriginal person’s life:

“Our kids go to school with lots of problems. We’ve got a lot of dysfunctional families – and I suppose that’s across the board – but when you have that type of thing within families, there’s no room for school,” she said.

“But they don’t say: “What’s going on? Did you have any lunch today? Did you get a good night’s sleep?” because there’s always something going on behind the child.”

She’s full of praise for increased opportunities for Aboriginal people in the region but says that locals need to make use of them:

“We want to see real jobs for Aboriginal people,” she said.

And if Neola could wave her magic wand to improve Gladstone, the first thing she would do is formally recognize our black history – changing the name of Gladstone to Yallarm, Place of Shells.

“There’s so many things I’d do after that. Acknowledge the local people. Do it in the schools.

“We’d love to have our own learning centre, then we could put the culture in – put the history in.”

“The real history, not the gammin’ history we’ve had to learn.”