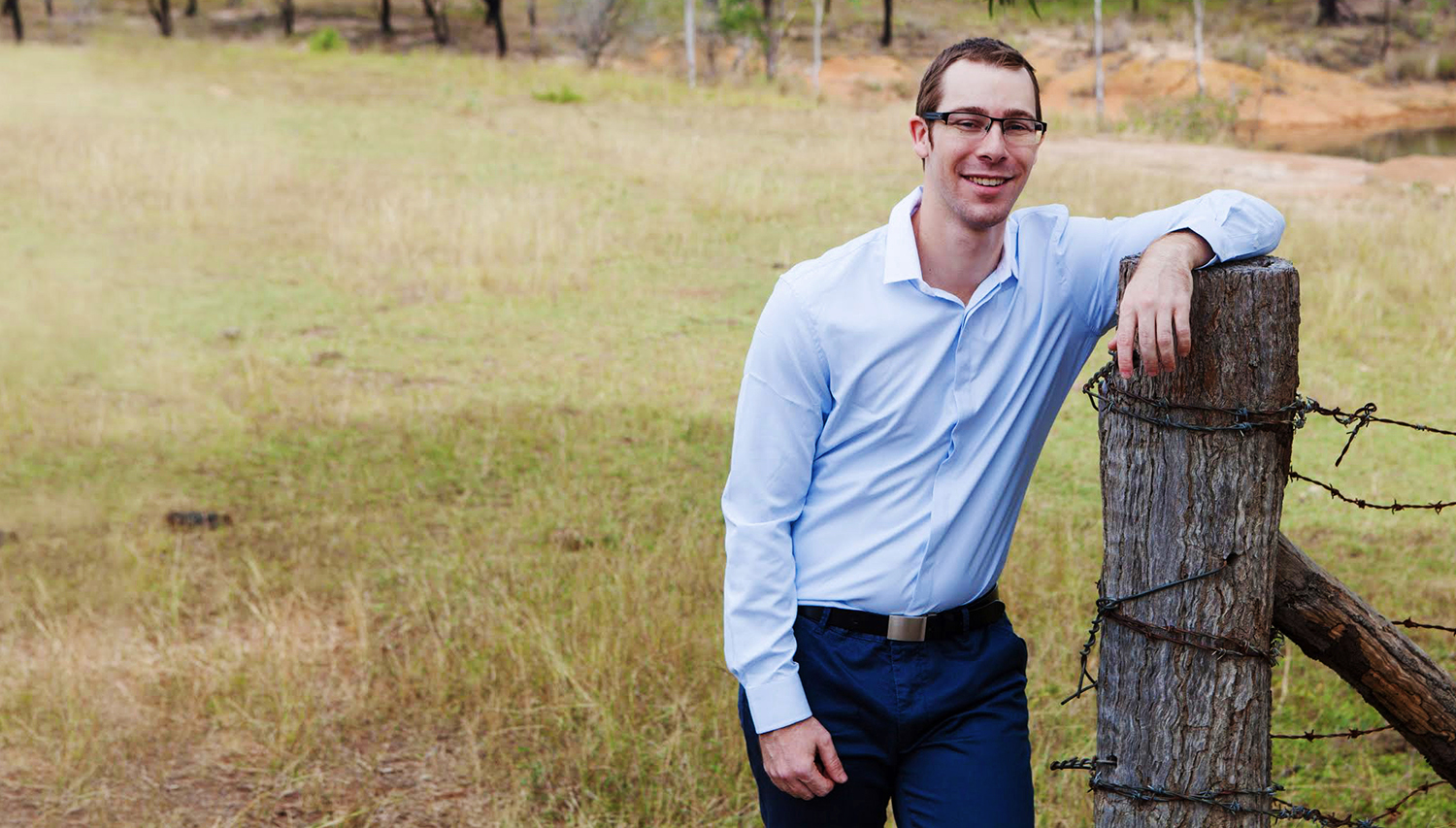 Nathan Fletcher is a 29 year old ambitious young contender who will contest the Federal seat of Flynn in the upcoming election. A few core issues that Nathan has a strong push toward improving for the people of Flynn are: youth unemployment, small and medium business support in the rural area as well as some key issues within the agriculture sector – such as drought relief.

On meeting Nathan, it’s clear he is a person driven by passion for what’s right. He moved to Gladstone to marry his wife, Regan, who he met at university. Nathan works at Queensland Alumina Refinery while also completing university degrees in Arts (History and Archaeology), International Studies (Peace and Conflict Resolution and international Development) and Criminology.

Nathan Fletcher is keen to help people around his age, who have become disenfranchised with the political parties in Australia, regain interest and feel a more positive vibe towards the process.

Nathan and his wife Regan
who live at Calliope

Age has not been a barrier within the political environment. While Nathan is new to content this election, he has years of experience under his belt when it comes to being an advocate and voice for various communities and groups.

“No issue is too big or too small for me. Every single voter’s issue, concern or opinion matters to me, because at the end of the day, it is those voters we are elected to represent, not our own personal or party agenda.” Mr Fletcher continues.

internationally and nationally. He runs courses in schools and community groups through RealityTrek! Resources. In addition to this advocacy, Nathan is passionate about youth development and leadership and the need to give everyone a real fair go.

Mr Fletcher demonstrates his passion for people through his involvement in several clubs and community events including Rotary and organising of the Calliope Community Christmas Carols.

Whilst understanding the challenges and difficulties that come with running as an independent, Mr Fletcher believes that in this role he can best represent the interests and concerns of the voters of Flynn, offer a better alternative to the internal struggles of both major parties and keep the elected government honest and remind them that voters matter. Mr Fletcher promises to run a good, honest and positive campaign.

Nathan is all ears. He welcomes you to contact him anytime for a face to face chat. He will be travelling around the electorate closer to the election to discuss issues further and meet more voters. So stay tuned for further information and dates on his website.

“Many of these issues are closely linked together in a vicious cycle and spending needs to be made to help be more proactive and preventative rather then reactive.”

Mr Fletcher also promises to investigate other issues including:

Lastly Mr Fletcher believes that is the candidate who shows the greatest vision and determination that will win this election. This vision includes: