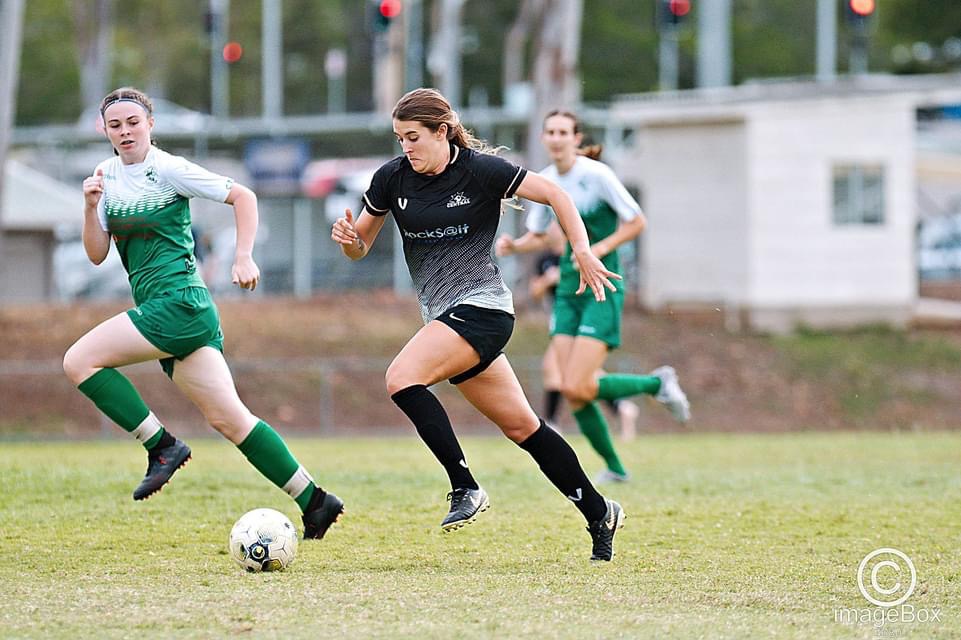 The Golden Boot is an award presented at the end of the soccer season to the player who scores the most overall goals.

“I didn’t officially find out that I had won the award until after we (Central FC) won the grand final.

Kallie Peurifoy grew up in Charleston, South Carolina and moved to Gladstone at the beginning of February this year to live with her partner.

All her life, Kallie has had a passion for soccer, kicking her first ball at age 4.

“Whenever I play soccer, I try to give it my all, and I’m super competitive, so I think that has something to do with it.

When asked how it felt to win the award Kallie said,

“It’s awesome! I love to be able to progress women’s soccer in the region, I definitely want to be a role model to little girls and just being able to score that many goals shows them that its possible. I think its a cool honor. “