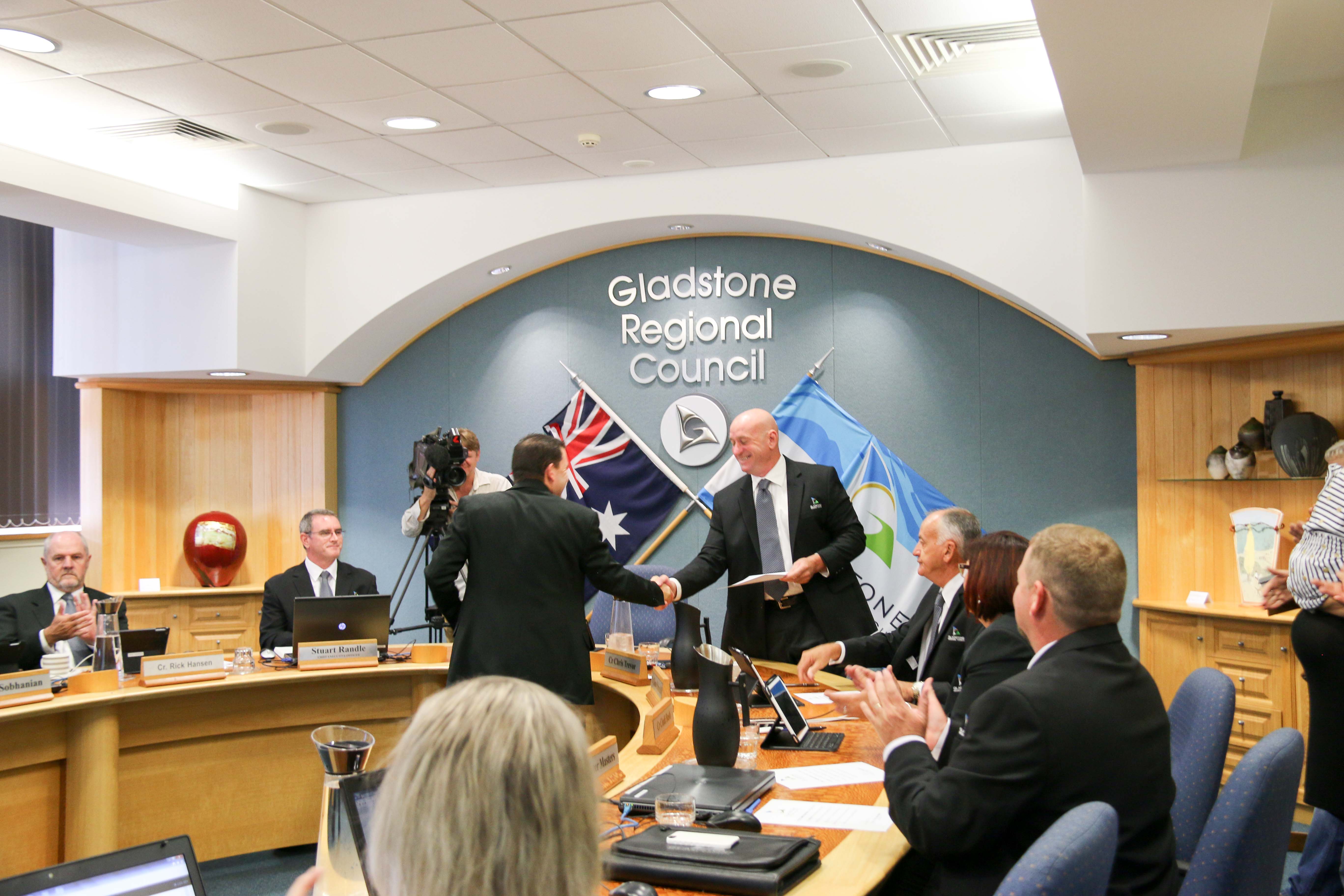 It was a room buzzing with excitement and positivity at Gladstone Regional Council Chambers this morning. At 9am the first council meeting was underway lead by Mayor Matt Burnett as the 8 new Councillors were sworn in. A packed room with family, friends and the community watched on as the new team was made ‘official’.

The new team who have promised change and action delivered exactly that with the meeting covering some key changes that were made co-operatively and promptly.

Chris Trevor was appointed Deputy Mayor,  voted for by all Councillors and who was the clear leader in the number of votes by the Gladstone Region. CT said

Other major changes and actions taken at today’s meeting were Cr Rick Hansen and Cr Glenn Churchill appointed to the Gladstone Airport Board, the aim being to involve local representatives in the decisions and outcomes. These are non-paid board positions and both Councillors volunteered time and eagerly took on the responsibility with enthusiasm. This was effective immediately and they will be able to attend the next meeting on Tuesday.

Mayor Matt Burnett took action by removing the existing portfolio structure to a committee approach. This was a decision shared and agreed by all Councillors.

Gladstone News noticed a high level of energy at the meeting and saw a message of positive change and a willingness to review old thinking for new in the best interests of the community.

We warmly welcome the new team and look forward to seeing more change and action around the region. Gladstone News will be assisting the community in ‘getting to know the Councillors showcasing one member each week starting with PJ this Thursday in our print edition.