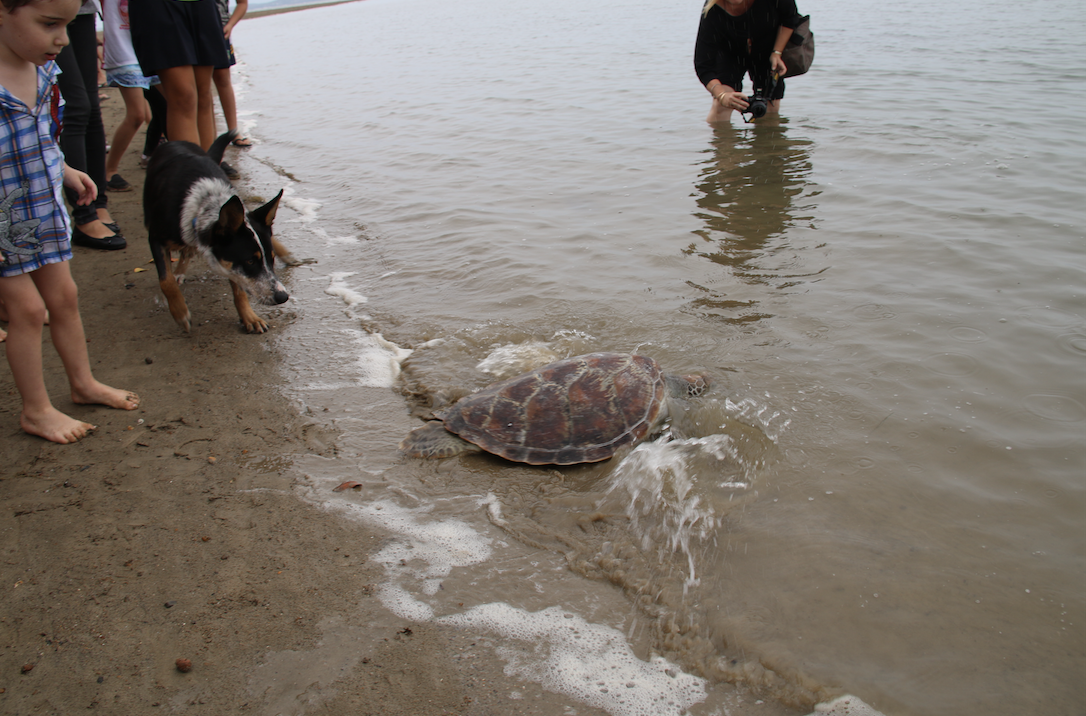 A crowd of around sixty people gathered at the mouth of the Boyne River this afternoon to see Ollie the Green Turtle released back into his natural habitat.

Lots of kids who had just finished their first day back at school after the holidays, came down to the river to see Ollie swim back to freedom, and hear the story of how he’d been rescued by local boy, Rowan Jones: 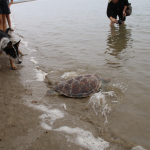 “I was out kayaking and I saw what I thought was a snag. I thought “oh, that would be a good place to go fishing” but it turned out it was a turtle, bobbing,” Rowan said.

“So I put him on my kayak, then he slipped off but I put him on again and brought him to shore, and had to run with him for about 200 metres to my house.”

They cared for Ollie for two months until his bacterial infection – the illness that had caused him to float – was cleared and he had regained the weight he had lost.

Gladstone Area Water Board (GAWB) Operations and Maintenance Manager, Sarah Lunau, said the juvenile turtle, weighing around 10kg, would likely live and feed in the harbour until he reaches maturity and moves out to the reef.

GAWB runs a Turtle Rehabilitation Centre at its Fish Hatchery in Lord Street, in conjunction with the Gladstone Ports Corporation.

Since January the GAWB Turtle Rehabilitation facility has taken six turtles into care, three have been rehabilitated and released, one is still in care and two did not survive.