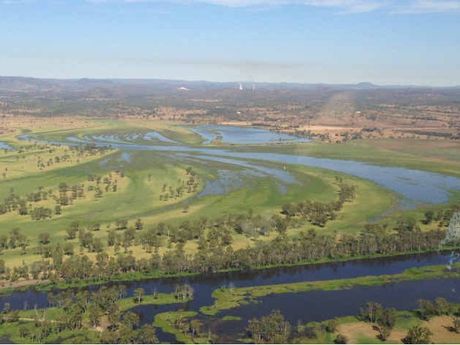 A petition to build Rookwood Weir has been pushed further forward as politics comes to play with Premier of Queensland, Anastasia Palaszczuk in Gladstone today.

Member for Flynn Ken O’Dowd is pushing his point that Central Queensland needs the jobs and water security he believes Rookwood Weir will provide. Making a point of pushing this point while Premier is here to talk about jobs, infrastructure and opportunities.

This project was raised at the Premier’s forum in Rockhampton this week.

Some CQ locals believe this is a once in a lifetime opportunity to boost agriculture productions by billions  and create thousands of new jobs. Its important for jobs and local infrastructure.

The business side of the project is still not complete. Building Queensland, responsible for the business case, expects it to be completed by late 2017.

Not only this, but the project will result in an additional $1 billion worth of farming production in the region – that means doubling CQ’s farming output!

The Federal Coalition Government, led by Malcolm Turnbull and Barnaby Joyce, has stumped up $130 million to get the project moving.

But the project has been delayed by the Queensland Labor Government. It’s been a whole eight months, and they still haven’t signed off on the state’s contribution towards the project.