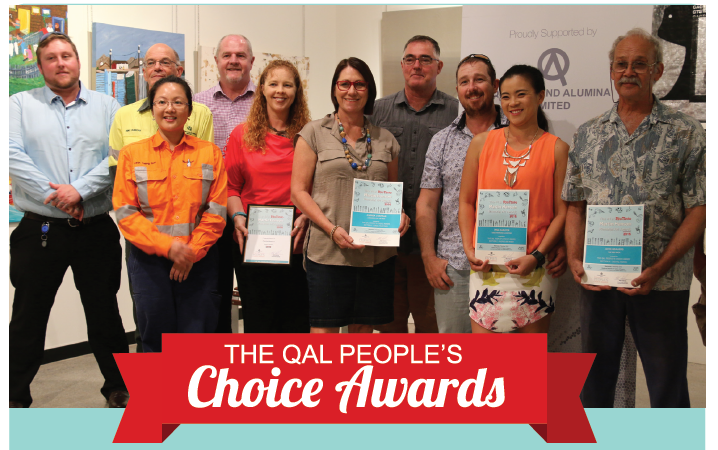 The winners of the QAL People’s Choice Awards were announced on Wednesday, 7th December 2016 at the Gladstone Regional Art Gallery & Museum. There were 4 sections artists could enter; Easel Painting, Works on Paper, Three Dimensional and Fibre Works and Digital Works.

The QAL People’s Choice Awards runs in conjunction with the Martin Hanson Memorial Awards however offer’s a different element to the norm, the awards are judged solely by the public.  Visitors of the Art Gallery were able to vote using the QAL Ipad voting kiosks from the 15th of October to the 5th December. The winners of each category had accumulated the most votes through the kiosk over this time.