You can have lunch with Queensland Origin team in Gladstone 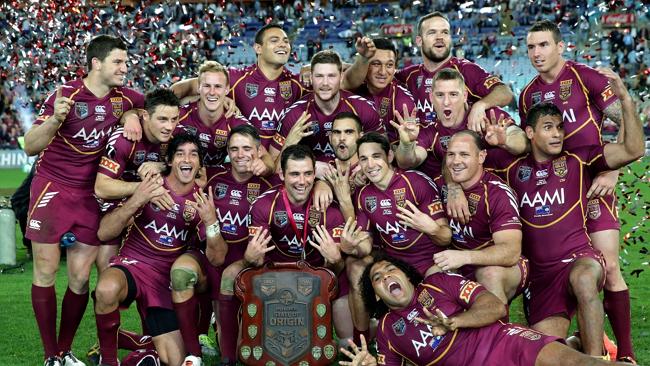 Gladstone rugby league fans are gearing up for a day to remember ahead of the Queensland State of Origin team’s visit to the city on June 14.

The 2016 XXXX Queensland Maroons Gladstone Fan Day will bring some of the biggest stars of the game to the Gladstone Region for a street parade, sports luncheon and auction, and a coaching clinic and autograph session.

“The Gladstone and District Rugby League (GDRL) committee is to be congratulated for working with the Queensland Rugby League to bring this fantastic event to the Gladstone Region,” Mr Randle said.

“Like most Queenslanders, Gladstone Region residents love their rugby league and Council is working closely with the GDRL to ensure we’re as prepared as we can be for the arrival of the Maroons and that everyone who comes along has a great day.

“It’s not every day that the Maroons turn up in your backyard when you live in regional Queensland, so we’ll happily have the welcome mat out for them when they visit us between the first and second matches of the Origin series.”

The fan day street parade will be conducted along Goondoon Street with the luncheon to be hosted at the Gladstone Entertainment Convention Centre.

Details about the coaching clinic and autograph session, which will be conducted at Marley Brown Oval and the Briffney Creek junior rugby league fields, will be provided over the next couple of weeks via the region’s schools.

Tickets to the luncheon go on sale today and can be purchased from the Gladstone Entertainment Convention Centre at www.gladecc.com.au