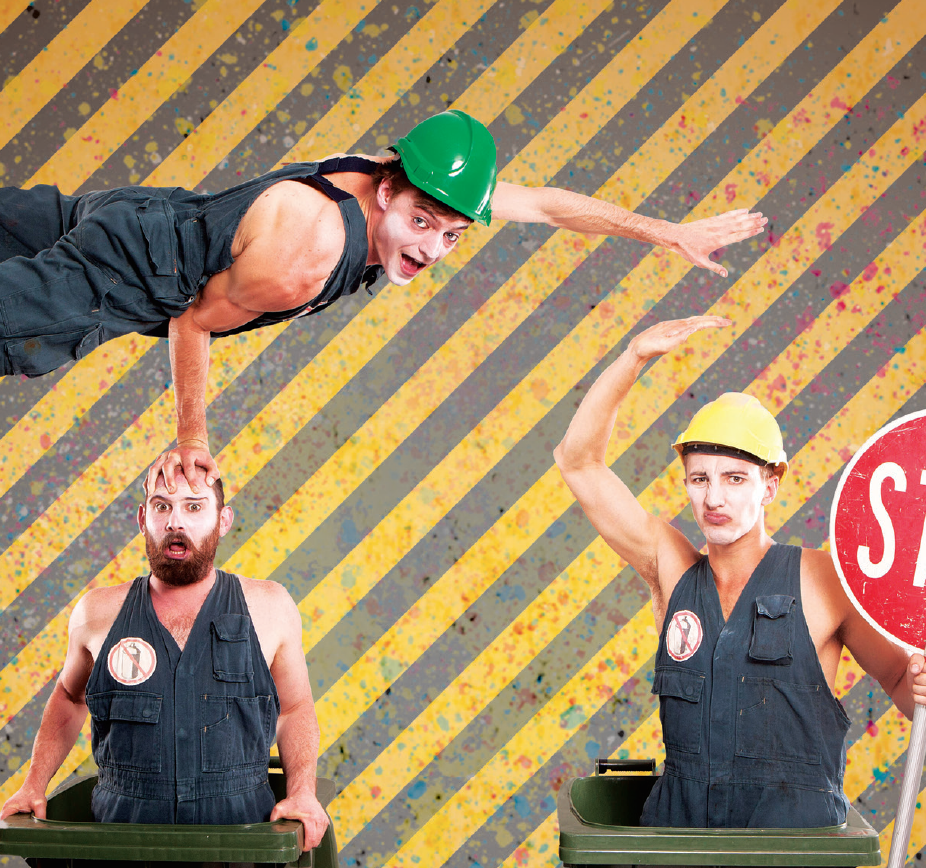 21 May QUIRKY CIRCUS COMEDY SHOW IN GLADSTONE THIS WEEK.

Trash Test Dummies is touring Gladstone this week. An international hit with rave reviews wherever it travels, Trash Test Dummies is an unmissable circus comedy show that will appeal to audiences of all ages, littered with jaw-dropping acrobatics, side-splitting slapstick comedy routines and throwaway gags.

When: Sunday 21 & Monday 22 May
Where: Gladstone Children’s Festival, Gladstone
Time: 9:00am workshop, 11:45am performance

Co-creator and co-director Jamie Bretman warns audiences to have their expectations flipped in this imaginative work.

“Trash Test Dummies is a highly interactive show, which turns the mundane into magic,” Bretman said.

“Audiences will walk away full of joy and inspired, feeling a sense of wonder and play in everyday objects, where trash becomes treasure.”

Jack Coleman and his fellow Queensland tour performers Thomas McDonald and Leigh Rhodes are all graduates of the National Institute of Circus Art (NICA) in Melbourne, and boast a variety of talented disciplines including acrobatics, juggling, handstands and more.

The production has a strong emphasis on engaging with audiences, with most stops on tour hosting workshops and a meet-and-greet after the show. The trio are also circus trainers, and free workshops are on offer at most locations to budding acrobats of all ages keen to try their hand at hula hooping, human pyramids or juggling.

Don’t miss this first-class circus show on their first Queensland tour this May to July.

“They are able to perform an inexhaustible number of tricks with the mundane wheely bin, much to the delight of the crowd . . .it’s clear to see why the audience love it so much.”