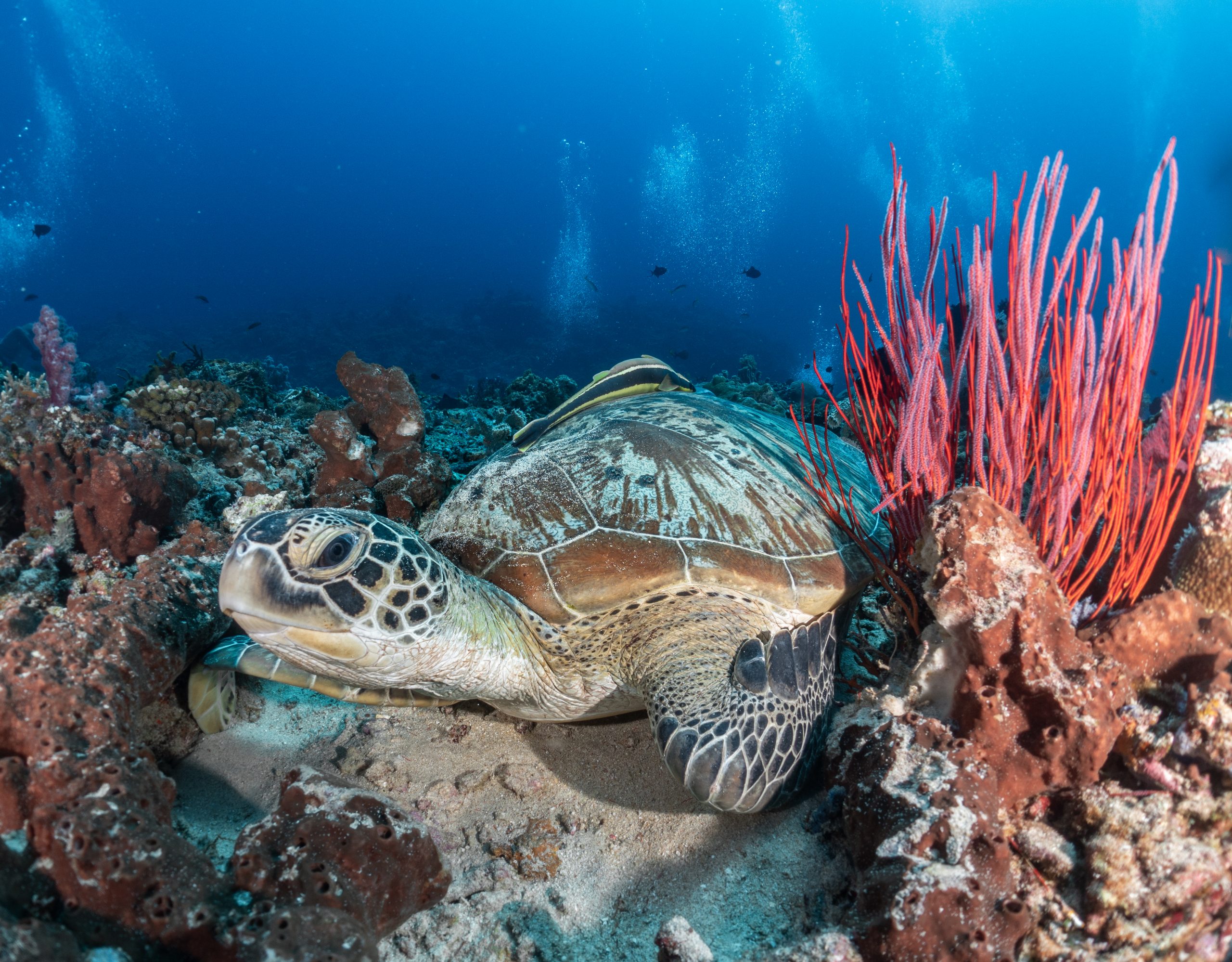 The Quoin Island Turtle Rehabilitation Centre reached a huge milestone this week, releasing their 150th Green Sea Turtle back into the ocean.

The milestone was marked with the release of three turtles at Zilzie Beach, just south of Yeppoon.

The Quoin Island Turtle Rehabilitation Centre, just off the coast of Gladstone, is dedicated to the rescue, rehabilitation, and release of ill and injured sea turtles. They are also the region’s first non-for-profit turtle rehabilitation facility.

The centre has successfully rehabilitated and released over 170 turtles in total, but last week marked the release of their 150th Green Sea Turtle.

The centre has been extremely successful since it’s launch in February 2012. With constant support from community volunteers, they are achieving a successful release rate of around 75%, compared to the Australian average of around 30%.

Registered under the charity organisation AACE (Australian Animals Care and Education Inc.), Quoin Island Turtle Rehabilitation Centre receives no income or funding and is run through the support of local businesses, individuals, and passionate volunteers. The support they have received so far has been extremely encouraging and is an example of Gladstone’s passion for the local native marine wildlife.

If you’ve spotted a sea turtle in distress or are concerned about a turtle, please phone the centre directly on 0408 431 304