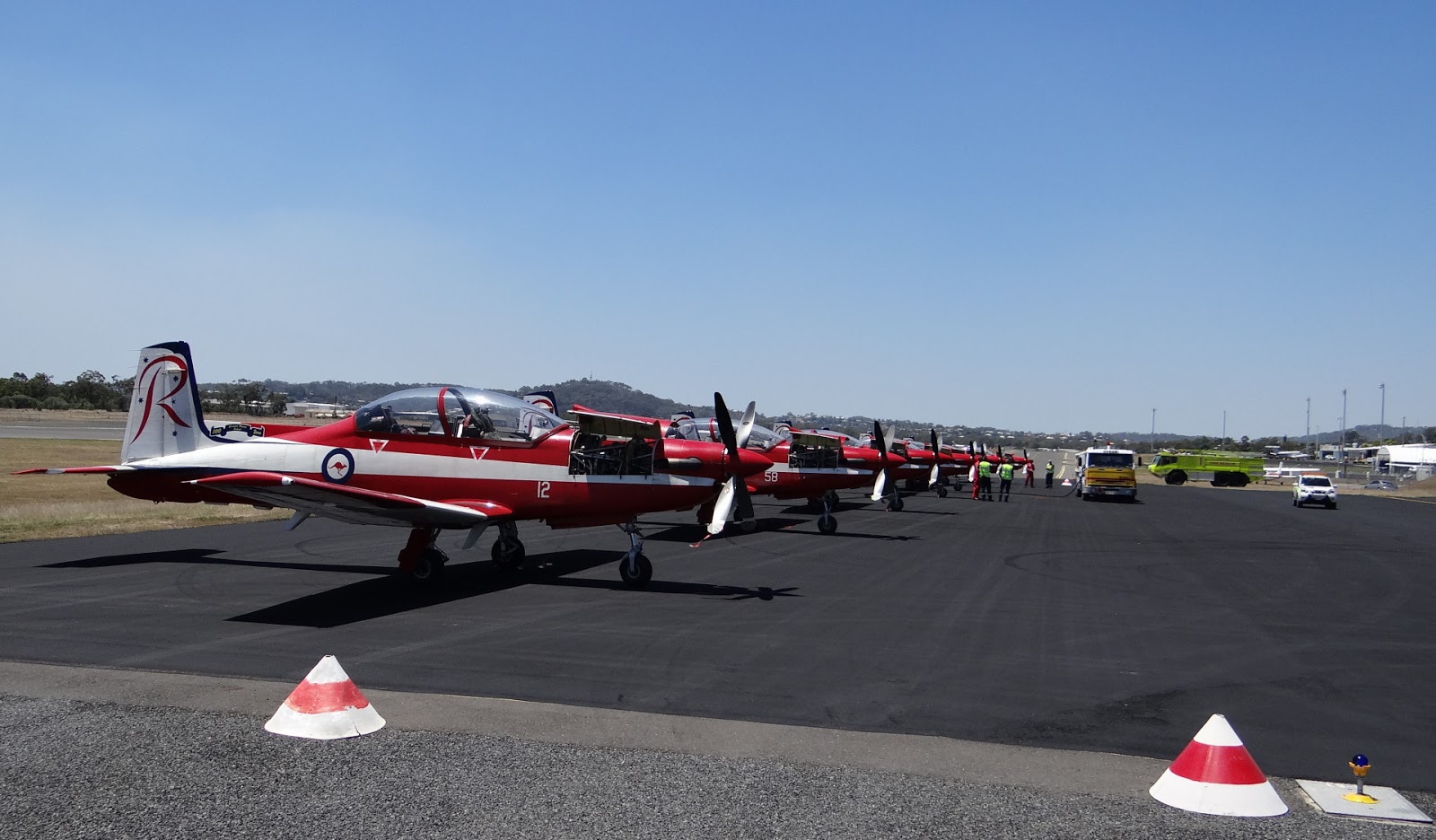 With many different types and models of aircraft flying to Townsville to participate in the T150 Defence Force Air Show along ‘The Strand’ this past Saturday in Townsville, a number of Central Queensland and Fraser Coast Airports were busier than normal last week.

Among the more exciting movements was an overnight stay at Maryborough, followed by a fuel stop at Gladstone by seven Pilatus PC-9/A aircraft belonging to the Royal Australian Air Force’s (RAAF) elite formation aerobatic display team – The Roulettes.

Departing RAAF Base Amberley on Wednesday, October 12, the seven RAAF Roulettes aircraft (A23-006, A23-012, A23-025, A23-051, A23-058, A23-059 and A23-067) put on an aerial display at Brisbane, Redcliffe and Sunshine Coast before continuing to Maryborough where they performed another aerial display. This was made all-that-much-better a short while later when The Roulettes held a public meet and greet at Maryborough Aero Club.

After remaining overnight at Maryborough, The Roulettes made a mid-morning departure to Gladstone on Thursday,  and performed a brief aerial display above the airport before landing in quick succession of one another.

The purpose for the stop-over at Gladstone was to take onboard fuel, and when this was complete, the team departed for a direct flight to Townsville.

Of interest, The Roulettes form part of the RAAF Central Flying School (CFS) at RAAF Base East Sale, Victoria and reportedly perform approximately 150 flying displays a year in Australia and some South-East Asian countries.