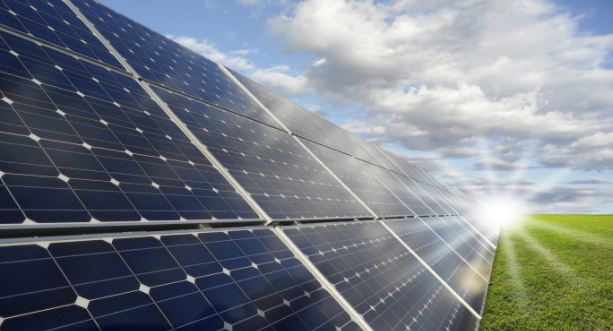 Residents of Spring Valley Road in Yarwun are seeing their dream of a rural lifestyle “tree-change” under serious threat if a solar farm proposed goes ahead in Yarwun.

Bob Hooley, whose family has farmed in the same location for four generations says the prospect of losing his beautiful view over Spring Valley to a 1.8 m high fence topped with three strands of barbed wire is keeping him awake at night, with concerns about visual pollution, glare and potential disturbance to television and wi-fi signals and the deleterious effects on property values.

Also disturbing to the residents, who have banded together as the Yarwun Solar Farm Action Group, is the very short period of public consultation before the proposed commencement of construction:

“They’ve basically given us a five-week heads up that they’re building it,” Leisel Newton said, resident of Spring Valley Road.

“There’s been no social impact assessment that we are aware of, no information as to what will happen with the tree clearing – there’s a lot of trees and forestation in the area, including hundred-year-old gum trees –  and they’re already planning to commence construction in Q2 2018 – that’s in about a month.”

Spring Valley Road and Calliope River Road residents affected by the solar farm have banded together as the Yarwun Solar Farm Action Group and for some of the approximately 20 families involved, it’s an unpleasant form of déjà vu:

Les Beauchamp, the direct neighbour of the proposed solar farm has lived on Calliope River Road since the “Targinnie buyout” when 160 local families left their small-holdings in the area adjacent to the original Shale Oil project and in the now State Development Area in the early 2000s.

“These country loving people were forced to move on and state development took over the area..

Like most of the families who were kicked out of the Targinnie area we started looking for a new piece of heaven. We found it here at 1291 Calliope River Road,” Mr Beauchamp wrote in an open letter to the developers.

Leisel says the project has the potential to fracture the recently-rejuvenated Yarwun community. The Targinnie-Yarwun Community was a thriving social hub prior to the buy-out with regular social events, two tennis clubs, and a fully functioning Co-operative, giving the smaller produce farms in the area buying power with the bigger players in Brisbane and Sydney. The Yarwun community is starting to gather momentum with the establishment of the Yarwun Grow Group, and the annual Australia Day Community function gathering in numbers and spirit each year. The solar farm has the potential to destroy that Community spirit again through reducing the residential area.

She says she is concerned they are not getting the full story from Renew: “First, they say there will be minimal glare from the solar panels, then you’ll talk to someone else in the development team and they’ll say there’s no glare at all,” she said. “It’s very hard to determine which information is correct. We have no way of knowing if what they are saying about the glare is true until it’s built, and by then it’s too late,” she said.

The residents’ action group want to make it abundantly clear that they are not anti-renewable energy or anti-industry but the current location in the middle of a rural residential community is unsuitable:

“The solar farm proposed for Rodd’s Bay is 5 km from the nearest residential area, but in Spring Valley Road, all of the houses face that way and overlook it as it is proposed for the bottom of the Valley.  For the houses bordering the installation, panels could be installed scant metres from the fence line,” Mr Hooley said.

“We’re not anti-industry, I mean we have the Red Mud Dam right behind us, but I could take them three kilometres down the road and show them a site which would be just as suitable and not affect any residential properties.”

“There’s only one entrance in and out of Spring Valley Road so we’re also concerned if there’s some mishap with the panels, we’ll be stuck,” Ms Newton said. “We’ve asked Renew what their strategy is in the event of the frequent flooding or bushfires in the area and they just say “Oh, we have insurance.”

The Action Group’s goal is to have the solar farm built in a location where there is no residential impact. They believe it is the right idea, just the wrong location.