LOVE YOUR SISTER: LOVE YOUR COMMUNITY 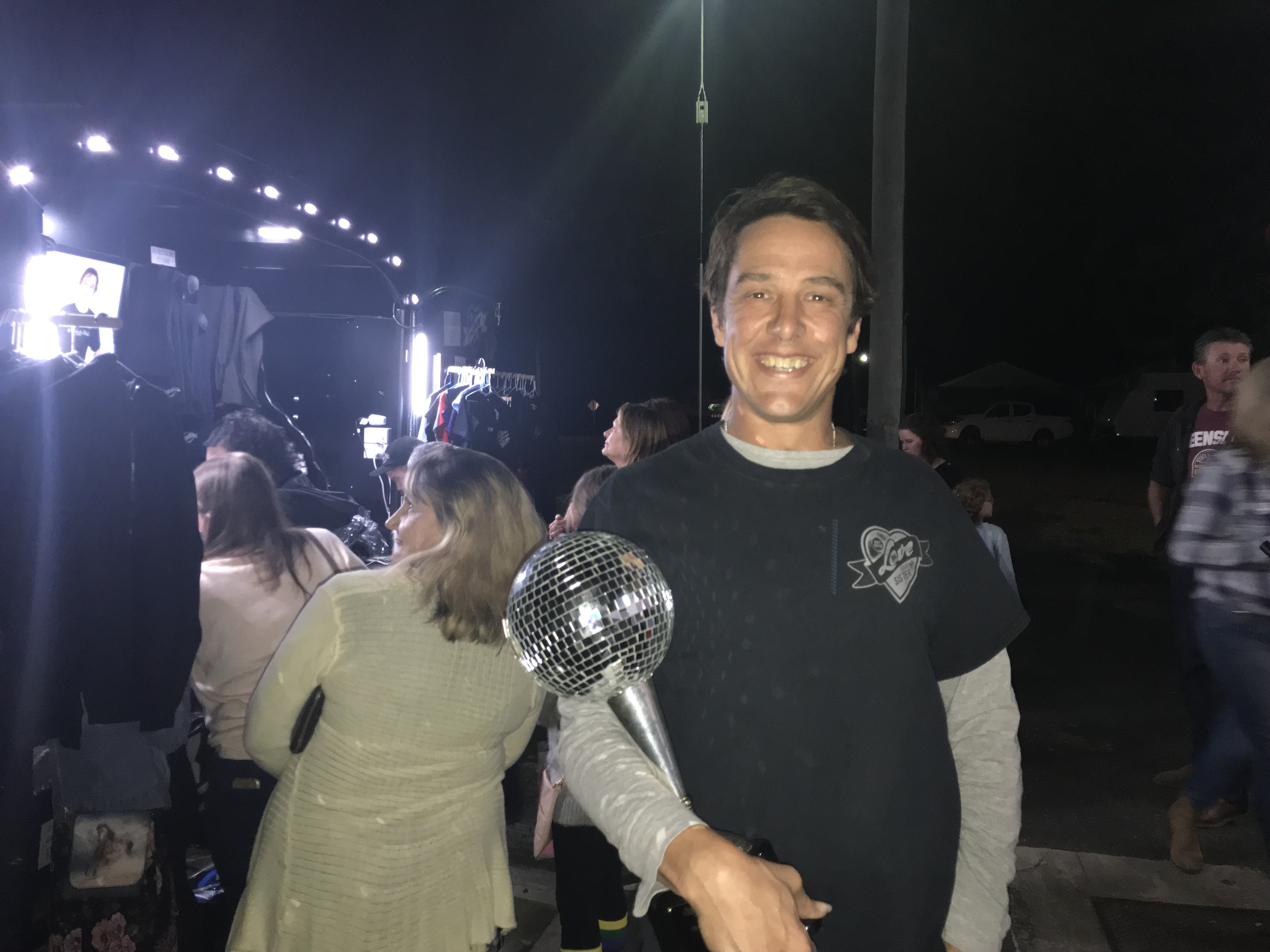 Posted at 19:00h in Entertainment, Local, News by News 0 Comments

Samuel Johnson is waging a formidable fight against Cancer, with admirable dedication.

“We need personalised treatment for all cancer patients, no matter the Cancer or where they live. It’s that simple,” Samuel Johnson.

Gladstone News chatted with Sam recently when he brought the Love Your Sister national tour to town. While visiting Sam had a tight schedule which included school visits, meetings with health care providers and event appearances. With his Dancing with the Stars Mirror ball trophy, Gold Logie and tap shoes in tow, Sam was rattling the tin and taking the opportunity to ‘cut sick on every available dancefloor!’– all for a good cause.

Love Your Sister was created seven years ago, by Sam and his beloved sister Connie’s following her terminal breast cancer diagnosis. Connie initially dared Sam to raise $1M by riding a unicycle around Australia. Upon his return, Connie reminded him that the fight wasn’t over. From there, Sam upped the ante and set a new mission; to raise $10M for research and tell every mum in the land to be breast aware!  Sam explained that Connie had passed away around 18 months ago, and Sam is finishing their pledge in her name.

When Gladstone News spoke to Sam, the fundraising tally had reached $9.6M just $400K of his $10M target. Sam began his latest tour in Queensland, with the big lap around the nation is a chance for Sam to say thanks! “I have been chasing this dream for seven years now, and the fact that it is so close is just beyond exciting,” he said.

With the end in sight, Sam has shifted the goalposts yet again! The new goal; to raise more money for further research and the development of targeted treatments for cancers based on tumour biology. “Every community in Australia has had its heartbroken by cancer,” he said.

“So many people in every town are similarly affected. We are driven by a desire to kick Cancer in the pie hole once and for all. It is a strong connection we share because we want to stop the pain! I often say Cancer is the true terrorist, and I will die shouting about it.”

The funds raised by Love Your Sister are going toward a uniform push for personalised medicine for all. “Our focus is heavily on personalised medicine,” Sam explained. “We need to use the genome to individually treat each patient, and we need to stop with our hit and hope approach! It’s costing lives and wasting millions in false lines of treatment.”

Sam said the case for this treatment type is overwhelming. “It must happen soon. I see that as my role to accelerate the progress toward personalised medicine. At the last sitting week in parliament next year, I will present my case.”