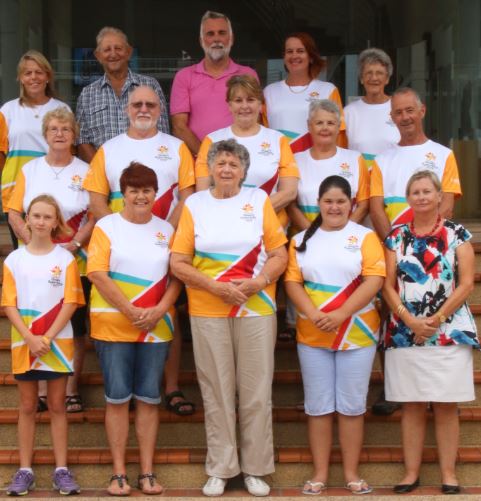 THE QUEEN’S BATON WILL ARRIVE IN THE GLADSTONE REGION ON SATURDAY 24 MARCH 2018 AND WILL TRAVEL THROUGH MIRIAM VALE, GLADSTONE, SEVENTEEN SEVENTY AND AGNES WATER.

From 23-year-old youth ambassador for people with a disability Ruby Lawler, to rugby league legend Gary Larson, the Queen’s Baton Relay recognises the achievements and aspirations of all Australians.

Baton bearer Gary Larson said: “I am honoured to be given the opportunity to be part of the GC2018 Queen’s Baton Relay. “It will be fantastic to have the relay pass through the Gladstone region and I encourage everyone to come and cheer on the baton bearers.”

Baton bearer Ruby Lawler said: “I can’t wait to carry the Queen’s Baton in Gladstone. I watched on TV and saw The Queen put her message into the baton and I am so excited to be one of the baton bearers.”

Cr Burnett said the Queen’s Baton Relay was a unique opportunity to recognise and celebrated the achievements of the wonderful people who make the Gladstone region great.

“It’s one of the most exciting events in the lead up to the Games and a chance for our community to be part of a special Commonwealth Games tradition,” he said.

Collectively, across the country, baton bearers will take more than a million steps to bring the baton to its destination, the Games’ Opening Ceremony on 4 April 2018.