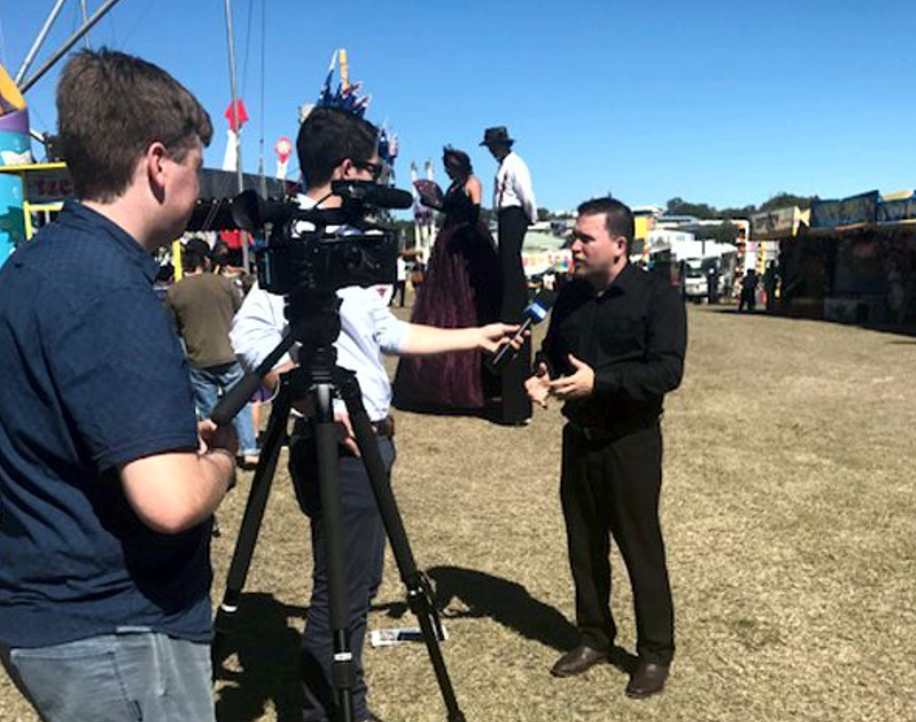 Despite their own opinion poll telling them that 9 out of 10 Gladstone residents would prefer Show Day to be associated with a weekend, the show will most likely be on a Wednesday again next year.

Councillors deliberated for almost an hour on the subject, finally deciding to take what Councillor PJ Sobhanian called a “massive backflip” on their own market research, and apply to the Office of Industrial Relations to gazette a public holiday for Gladstone Show Day on Wednesday August 8, 2018.

Council’s original proposal was to apply to hold the Show public holiday on Friday August 17, aligning it formally with the Brisbane RNA Show. While gazetting a public holiday for an out-of-town show is strange, “It just allows us to meet our legislative requirements for it to be a public holiday”,  Manager of Executive Services Michel Colen said.

Debate focussed on whether Gladstone residents went to the show at all: while attendances this year were almost double those of last year at 7900 people through the turnstiles, Cr. Trevor remarked that these numbers were well below those experienced in the show’s heyday a decade ago when around 15,000 people could be expected.

Even further back than that, Gladstone Show Day used to be on the Friday preceding the Queen’s Birthday Long Weekend enabling Gladstone Region residents to enjoy a four-day weekend. Many, of course, used this opportunity to leave the region, rather than attend the show, an issue which endures to the present day.

“That Show Day equals “Rocky Shopping Day” was one of the first things I heard when I moved to Gladstone,” Cr. Sobhanian said. “So I don’t see that holding it on the Wednesday necessarily helps the show.”

Mayor Matt Burnett supported this view: “This year was the biggest show in at least twenty years and I have always believed that the show holiday was the actual problem with attendance,” he said.

“Maybe it was the five sets of roadworks currently taking place between Rockhampton and Gladstone that boosted show attendances this year,”

The timing and relevance of the Gladstone Show has been under a cloud since March when the Society was given notice via a resolution, that should attendances continue to fall, council would remove the stewardship of the showgrounds from the Show Society and investigate using the site as a multi-purpose sports arena or potentially an aged-care facility.

Cr. Hansen was keen to give the Show Society more time: “We’ve had some hard conversations with the Show Society and they’ve come up with a reasonable performance this time; a lot of people in business work on the Wednesday and take the Friday off anyway; I don’t see that we are in any position to change anything at the moment,” he said.

Cr. Peter Masters was also pro-Show:  “I’ve just got issues with supporting our local area, supporting Gladstone, everyone’s going Local Local Local they are our keywords, our key priorities and here we are contemplating giving our show holiday to a show out of the area.”

Cr. Masters said that applying for a 17 August Show Day would fracture the relationship with the Show Society: “Let bygones be bygones – give them what they want – and let the community decide by their engagement, whether the show endures,” he said.

After the defeat of the motion to move the show to August 17, Cr. Goodluck moved to apply to hold the show holiday on Wednesday 8th of August and this resolution was carried.

“A lot happened between March and August….what we need now for our community is to collaborate with the Show Society and move forward with what is best for the community,” he said.

Deputy Mayor, Chris Trevor, a strong proponent of re-purposing the showgrounds, accepted the resolution reluctantly: “I am happy to accept the will of the people. We can accept the date then we can deal with the governance issue after that,” he said.

Cr. Masters agreed: “It’s a prime piece of land and it needs to be used by the community…..in a more generous manner than we have before.”

Negotiations are continuing on the use of the Showgrounds for such diverse purposes as the show, a karting track, a multi-purpose sports facility and parking for the Gladstone hockey fields.

The application to hold the show on August 8 must be accepted by the Office of Industrial Relations and officially gazetted before the public holiday is locked in.