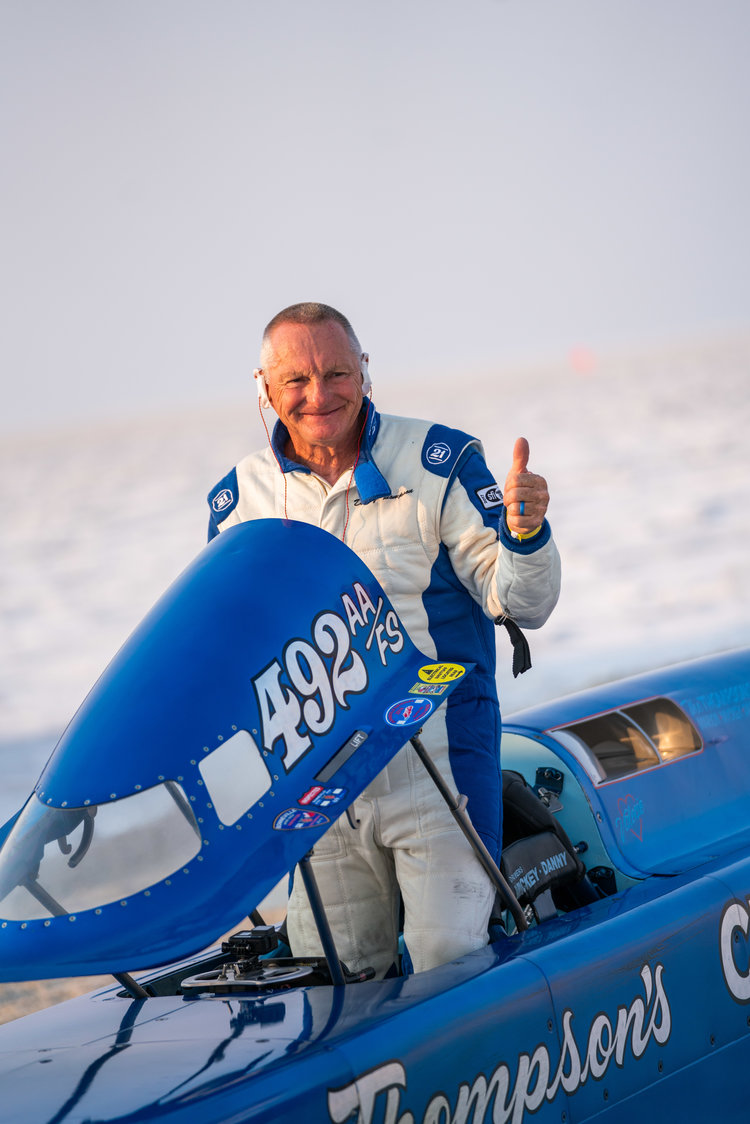 Posted at 12:00h in More Articles by News 0 Comments

“We did it! On Sunday morning, eight years of hard work culminated in a 450.909mph return run. Averaged with yesterday’s speed of 446.605mph, we achieved a new two-way AA/FS record of 448.757mph, enough to make us the world’s fastest piston powered record holder. That has been the goal since day one of the project, and it wouldn’t have been possible without the extraordinary efforts of my crew.

The men and women who volunteered to join me on this crazy adventure are the reason for today’s success. I can never thank them enough. This year’s Speed Week marked the 50th anniversary of the Challenger 2’s construction. In 1968, my dad, the mad scientists at Kar Kraft, and an elite group of Southern California gearheads created a vehicle that they believed had the potential to become the world’s fastest hot rod. It took five decades, a lot of elbow grease, and a few modifications, but I feel like I’ve finally been able to fulfil their dream, as well as my own.

Thanks guys. I share today’s record with all of you. I should talk about the run itself! It got a little squirrelly. I was almost lock-to-lock at around 430mph, which was quite an experience. If you’d like to ride along, we’ve embedded a cockpit video below this post. Additionally,we recorded our usual evening podcast, and posted some photos taken by the wickedly talented Bubb Lannan. Lots of good stuff today. It’s my pleasure to share it
with you. Speaking of which, I’d like to thank all of you for coming along with me on this wild ride. The interest, support, and encouragement has meant a lot to both myself and the crew. We made it happen with your backing. We’re in the books! What a fantastic day.”
Danny Thompson