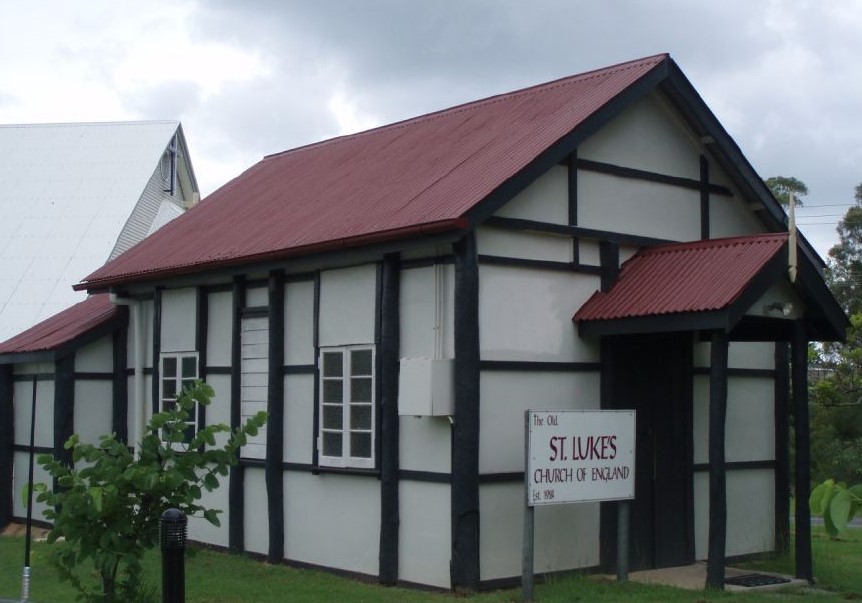 From 1918 Rev Johnson, from St Saviour’s Church of England in Gladstone, held church services in a lean-to at Boyne Island. Mrs Wheeler (nee Maplas) was on a visit from the Channel Islands to her brother at Boyne Island and she was horrified to see where the church services and the once-a-week school were held. On her arrival home, she collected seventeen pounds from her friends and sent the donation to Boyne Island and this caused the local people to fund-raise.

The land was donated by Harry and Jean Handley and St Luke’s Church was built in 1924. It was designed by Arthur Maplas and based on the half-timbered cottages in Worcester, England. It was built by voluntary labour and all building materials and furnishings were given by pioneer residents of the area. On competition of the building, a dedication service was held by Bishop Crick from Rockhampton and approximately two hundred people from near and far attended.

In 1961 the church was hallowed by Canon Donald Kinglake Dunn and, in the late 20th century, St Mark’s Ministry Centre was erected adjacent to St Luke’s.