Stevie Chant: She Can’t Drive A Car, But She Can Race Them 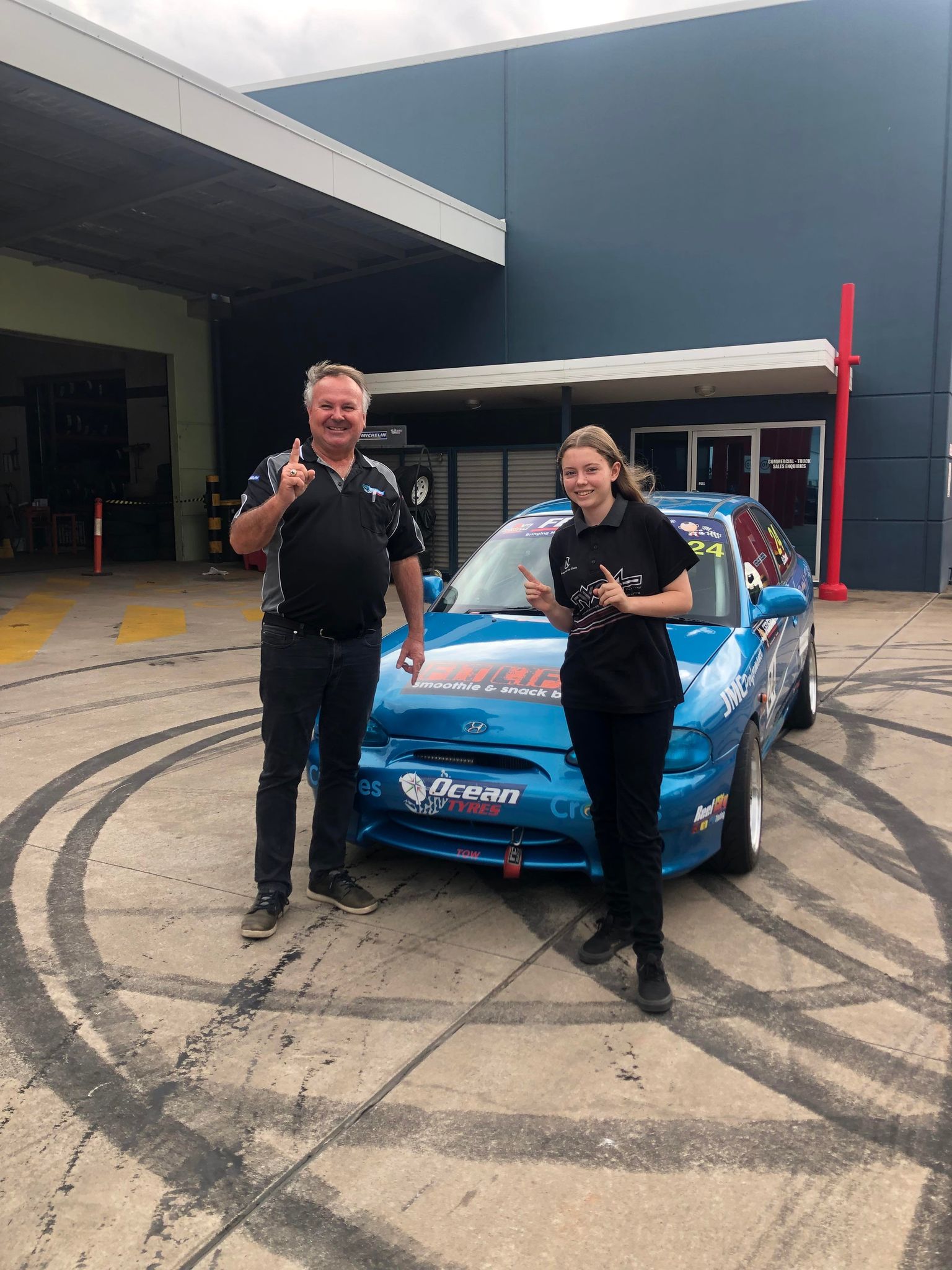 14 Jul Stevie Chant: She Can’t Drive A Car, But She Can Race Them

Stevie Chant is fifteen and legally can’t drive a car on the road yet, but that won’t stop her from racing them over the country.

Stevie’s racing journey began at the age of seven at a go-kart track in Hervey Bay.

“I immediately loved it, and constantly asked when I could go karting next. On my eighth birthday I went out to the kart track and had a drive in a race kart. It was so much better, and I loved it so much that my dad bought the kart,” said Stevie.

“I practiced and practiced so that I could race two months later, and ever since my first race I’ve loved all types of motorsports.”

Stevie began go-karting at the age of eight, and continued that until she was fourteen. She started driving in Motorkhana and Khanacross events when she was twelve, to prepare her for the transition of racing cars.

“I first entered a street sprint event at fourteen and started circuit racing in the Excel at fifteen. This year I’ve raced heaps of cars at many different tracks and I’m loving the challenge.”

Back in 2016, Stevie won the 4-round Central Queensland Series, as well as coming Top 5 in the State Titles in the same year. The car she currently races has helped her with achieving two podium positions in the junior class in some sprint events.

Stevie’s next race event is the Historical Leyburn Sprints, and after that she will be racing in the third round of Series X3 State Titles.

“In a couple of months’ time I’ll be racing at my first Nationals Event in the Excel at Morgan Park in Warwick. This year, I’m also trying to gather enough sponsorship to get to a Miniature Racing Car Series event in Victoria in an Aussie Racing Car in hopes to drive in the Aussie Car Series next year, which is the same weekend as the V8 Supercars. This would be a great opportunity as it’s a national series and a televised event.”