Stranded coal ship off the Port of Gladstone 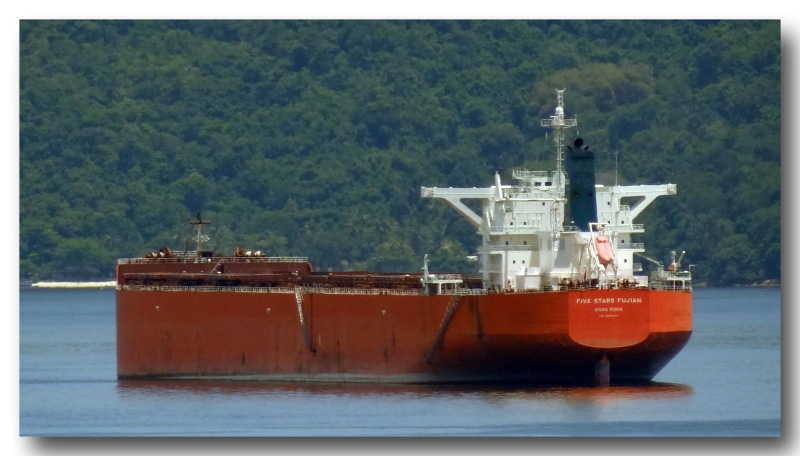 17 Aug Stranded coal ship off the Port of Gladstone

Posted at 11:37h in Local, News by sales@gladstonenews.com.au 0 Comments

Since July 19 the 93,000 tonne Five Stars Fujian has been sitting off the Port of Gladstone.

Reportedly it has $40 million worth of coal on board, but more importantly also 20 crew who have not been paid wages and need food supplies ASAP.

ITF’s Queensland inspector Sarah McGuire said its Hong Kong branch were trying to track down the owners, but had “no luck”.

“We’re not sure if the owners are sitting in the background watching what’s going on with the crew, or if the owners have completely vanished,” she said.

Ms McGuire, who spoke to the crew briefly on a shoddy line, said “morale does start to suffer” among crew after nearly a month of uncertainty.

The Australian Council of Mission to Seafarers has committed up to $10,000 after the Australian Marine Safety Authority found a coal ship’s crew weren’t paid wages in more than two months and its food supplies were dangerously low.

Gladstone Mission to Seafarer’s chaplain Russell Cunningham said its sole focus is an immediate “humanitarian effort” to deliver supplies that would sustain the crew until the “main supplies” arrive.

“It’s not usually a circumstance we find ourselves in,” she said. “You don’t usually find yourself with a ship full of crew without food or wages off the coast.”

But ITF assistant coordinator Matt Purcell estimates the ship would need $20,000-25,000 for the 16-day voyage to its Hong Kong destination, “maybe more”.

He sees no end in sight to the drama and said the crew “isn’t going anywhere” until wages are paid. He said Under the Maritime Labour Convention, of which Australia is a signatory, the vessel couldn’t move until the crew’s wages are paid.

Ms McGuire said she’s shocked the owners of the cargo haven’t yet come forward to pay the “relatively small amount” of money needed to start the ship.

“There’s $40 million worth of cargo, so we aren’t sure why the owners aren’t stepping forwards to get the ship moving,” she said.

“It all seems to be about money at this stage.”