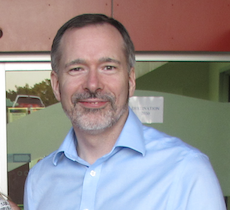 The Queensland Government has announced Paynter Dixon Queensland as the successful tenderer to construct Gladstone’s new Step Up Step Down (SUSD) adult mental health facility to be built in Luscombe Crt, New Auckland, on the corner of Luscombe Crt and Beak St.

Paynter Dixon Queensland won the bid for the $5.4 million project and is now on-site preparing for construction. The project will deliver 11 jobs during the construction phase.

When built, the Step Up Step Down facility will support adults who do not require inpatient treatment but need short-term supported accommodation to maintain their recovery and become independent.

“These units provide access to appropriate services as close to home as possible as part of the Palaszczuk Government’s $350 million plan for mental health, alcohol and drug services,” Minister for Health and Ambulance Services Cameron Dick said.

CQHHS Chief Executive Steve Williamson said he was delighted with the announcement that the new facility was another step closer, and would be operational in Gladstone next year.

“This unit will fill a gap by providing a new level of help for people with mental health conditions in Gladstone and the wider Central Queensland region,” he said. “Focused on recovery, close to home and therefore family and friends.”