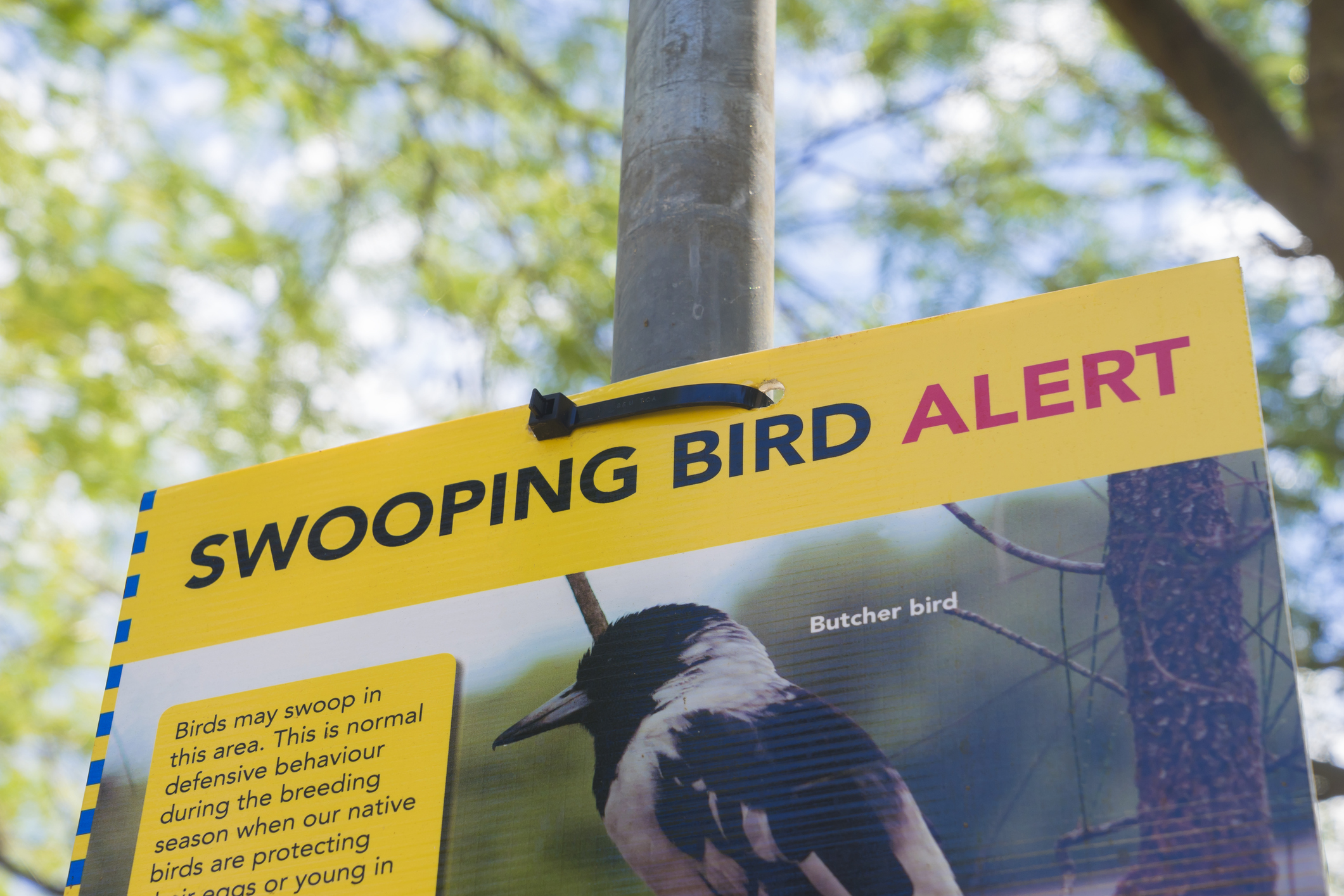 Picture this, your cycling along the picturesque banks of the Boyne River enjoying this amazing spring weather, when suddenly you hear a shrill squawking noise, followed by something continuously attacking your head. You pedal faster. Fortunately, you are wearing a helmet, but the attacker doesn’t let up. For the next 300m, you pedal along in fear, too scared to look up. You know there can only be one culprit! A nesting Magpie!

Gladstone Regional Council is urging pedestrians and cyclists to stay safe during magpie breeding season. Council has received fewer swooping magpie reports this year, but it is still important that our community take precautions. Keep your eyes peeled for signage around town that warns of swooping zones. These locations are also recorded on the council’s website at www.gladstone.qld.gov.au/swooping-magpie-hotspots

Known swooping hotspots this season include approaches to the Hanson and Red Rover Road roundabout and near the Mater Hospital along Rosella Street.

Cyclists and pedestrians can protect themselves by:

Council advises it is important not to react aggressively if swooped by a magpie as it can make them more hostile.

The public is also reminded that magpies, and other potential swoopers like butcher birds and crows, are native species and it is an offence to harm, interfere or relocate them without authorisation.

While being the receiver of a swooping attack can be alarming, these animals play important an ecological role in our urban environments and the attacks only last six to eight weeks. To report a swooping bird incident to Council, visit its website or contact 4970 0700 during business hours.