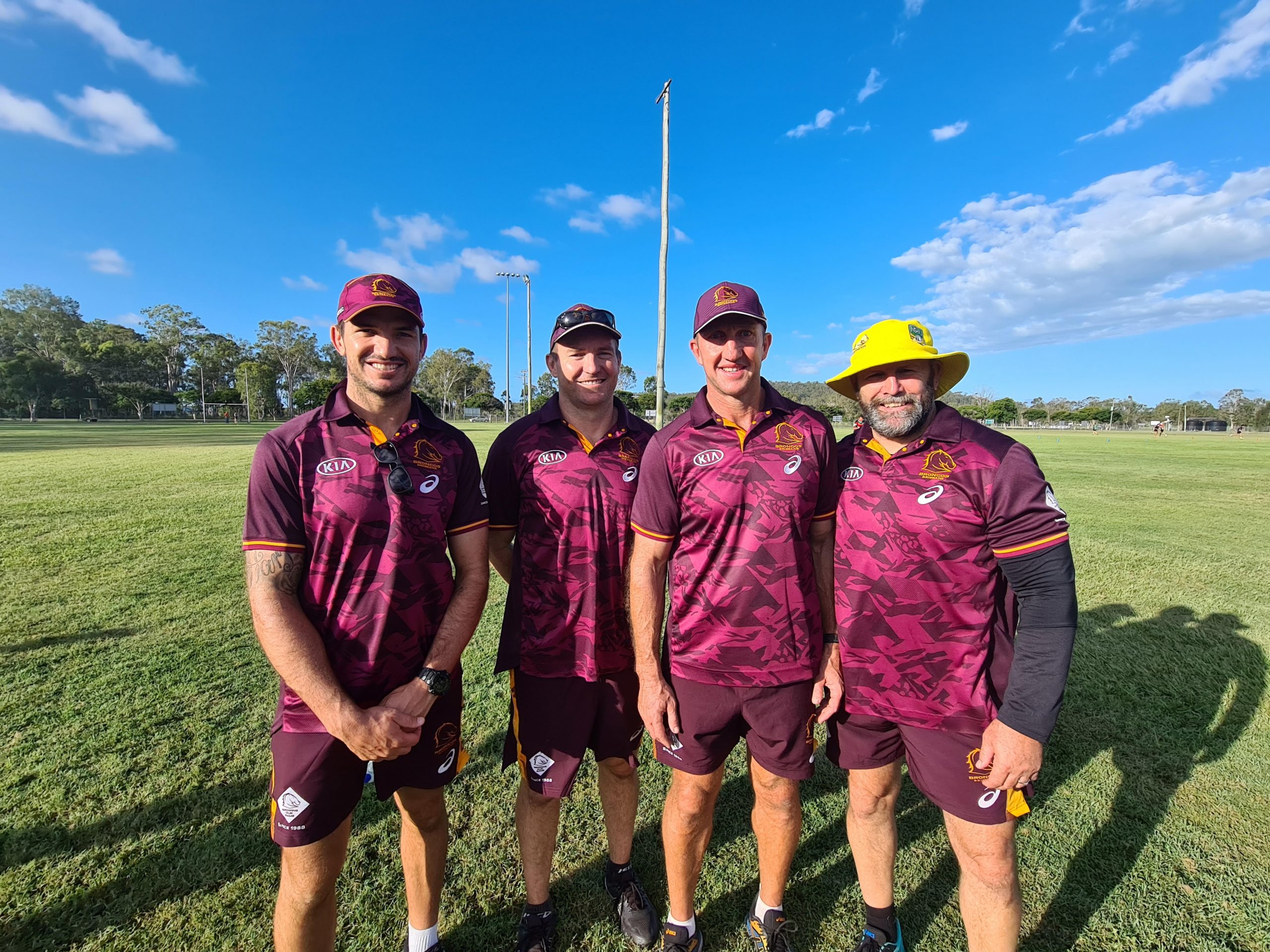 The players also visited four schools in the Gladstone region before making a stop at Site Skills Training, the major sponsor of the club’s game development program.

“We visit schools on a regular basis and host presentations centred around goal setting, personal brand, health and relationships.

“Through those presentations, we aim to help the kids be better people and obviously we go to the football clubs and schools to promote the game and do coach education to help them develop their rugby league skills.” Darren continued.

The Brisbane Bronco’s along with many other clubs are investing their time into making players better people as less than 1% of people make a career playing any sport.

When asked what he would tell an aspiring young footy player Darren said,

“Compete! Just learn to compete, don’t choose when you want to compete, you compete at absolutely everything you do. And if you don’t succeed at sport for whatever reason, you’ve developed the skill to complete and you will compete out in the workforce and end up with a better job.”