The Coronation of King Edward VII 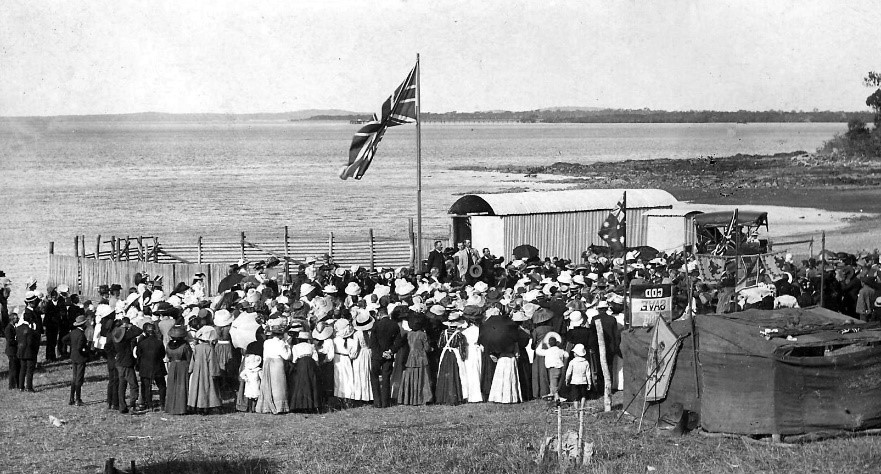 This photo is of the Gladstone citizens celebrating the coronation of King Edward VII at Barney Point beach in 1902.

Albert Edward, the eldest son of Queen Victoria and Prince Albert, was born at Buckingham Palace on 9th November 1841.

He succeeded to the throne in 1901 and his coronation, with his wife of Edward VII and his wife Alexandra as king and queen of the United Kingdom and the  British Dominions took place at Westminster Abbey, London, on 9 August 1902.

The King was well known as a lover of good food and wine, clothes, racing, gambling, and ladies. In 1871 he fell seriously ill with typhoid but eventually recovered.