The Sea I Swim In 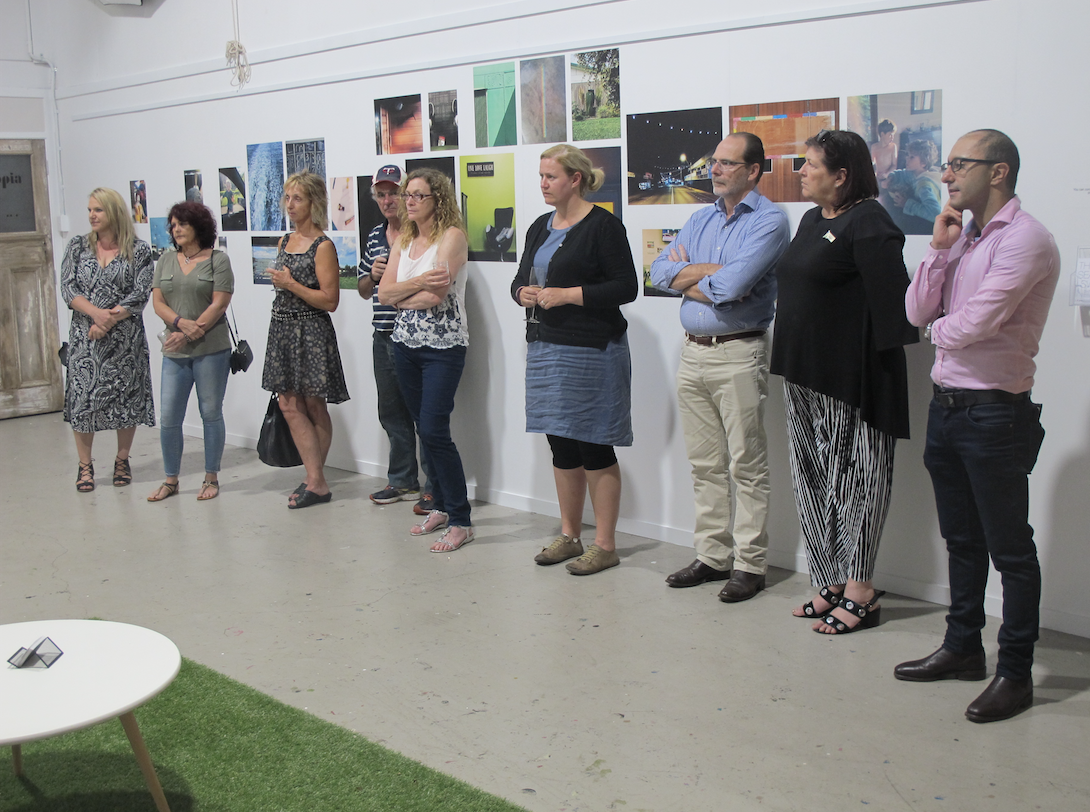 Visitors to the opening of “The Sea I Swim In” by William Debois, on display until October 26 at Photopia Gallery, 8 Crow Street.

“The Sea I Swim In” by William Debois is a photographic exhibition begun by the artist in January of this year as a way for him to document and process the experiences of dealing with depression.

At the opening the exhibition at the commencement of Mental Health Week (October 9-15), William said even visitors with no interest in issues connected with depression would find something to appreciate in the progression of images: “There’s a sort of narrative in it,” he said.

William started to document his feelings: “Without me realising, I was basically documenting the way I felt, through images of things – just things that captured my attention, things I thought were interesting and relevant at that time.”

“It’s reflecting on, in essence, the human condition. It is about dealing with the outside world when you’ve got something in the wiring of your brain, telling you that you can’t cope.”

William had experienced depression as a young man in his twenties, and says it can remain lingering in the background:

“You can put a brave face on it and you can go about your business and deal with people in a very pragmatic way, knowing exactly what they expect from you. You can stay polite when you don’t want to be polite.

“But if I’d been given a choice I would have stayed in bed. I wasn’t dealing with depression itself, I was dealing with functioning. Like Leonard Cohen says, depression became the sea I swim in,” he said.

“The Sea I Swim In” is on display at Photopia Studios at Shed 5, 8 Crow Street until 26 October.

A permanent web gallery will also support the exhibition and create an opportunity for members of the public to contribute to the project with text, quotes, images or videos that depict their own experience, perception and understanding of mental illness.
Submissions can be made by visiting https://the-sea-i-swim-in.tumblr.com/