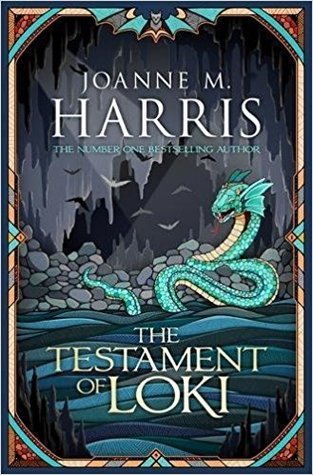 They say, “You should never judge a book by its cover”, but I totally did with this book.  It was sitting in the new books display and the cover just grabbed me. I then realised it was about Norse mythology, the title is a clue. I am a Norse mythology fan, and have been long before it became popular.

Ragnarök has ended, the Norse Gods time has passed. Man, in the meantime has evolved, they have even landed on the moon. Loki has escaped his torment thanks to the help of his son Jormungand (a giant snake), through a video game.

Just imagine you are playing a video game and one of the characters decides to inhabit your head.  And that character is Loki, the trickster god who is also supposedly one of the bad guys.  Loki totally thinks he got a bum deal out of the whole situation with Ragnarök and now he inhabits a teenage girl who has problems of her own.  Adventure and lots of planning ensues throughout the book. The Testament of Loki is a fun and light-hearted read.

This book is the second of a series, but it can be read without reading the first book “The Gospel of Loki”.

Both books are available through Gladstone Regional Libraries.