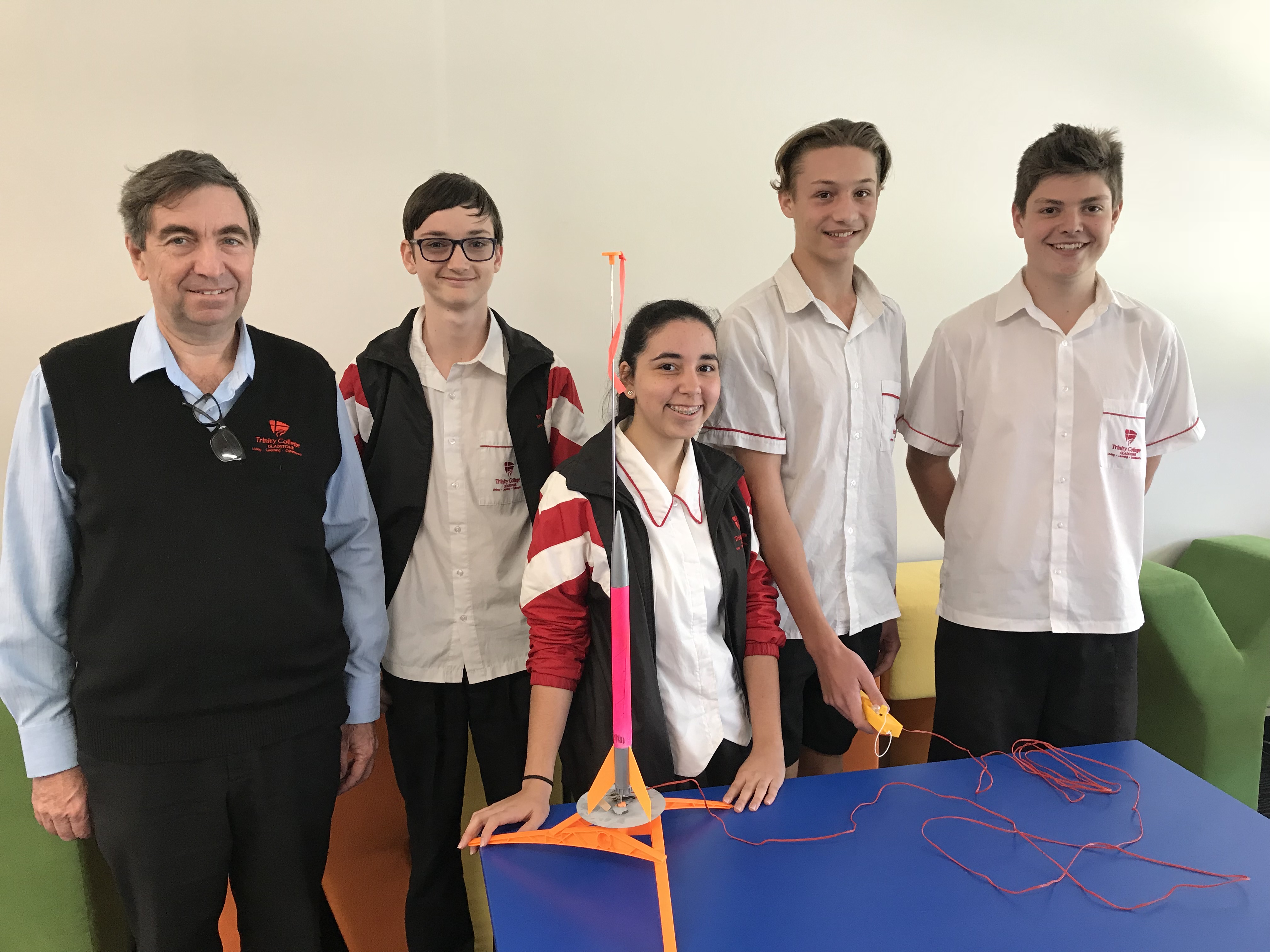 Have you ever seen a rocket fly faster than Usain Bolt?  Five Year 11 Physics Students from Trinity College have! The students took their extended experiment investigation (EEI) to the next level by launching a solid propellant rocket at The Old Station Airfield at Raglan.

Physics teacher, Mr Murray Peterson, said the students had many options when investigating motion within the scope of the curriculum. One group built a medieval catapult and propelled a cricket ball 40 meters. Another analysed the motion of hitting a tennis ball. The ambitious rocket group including, Tyler Kenyon, Glyn Andrews, Ben Stride, & Carolina Pazo set their sights on launching a rocket. Built from a commercial rocket kit and fuelled with solid propellant it was ignited via a switch and flew to great heights. “It climbed really fast. In two seconds, it climbed 350m. That is an average of 175 meters per second. In comparison this is around 16 times faster than Usain Bolt!” Mr Peterson said. The students revelled in the opportunity to build something bigger, better and faster than they normally would be able to. “I was Impressed with the range of projects that the students came up with and we saw great results.” Mr Peterson added.

The school was very mindful of safety surrounding the experiment and negotiated a launch window on a Friday afternoon at The Old Station Airfield at Raglan.   With just an hour of clear airspace the students worked quickly to launce the rocket twice. After the first launch, Ben Stride was tasked with collection and he raced across the airfield to collect the rocket. On the second launch the rocket travelled 588m away from the launch site.  Tyler Kenyon, was in charge of ignition and with classmates eagerly watching they key was turned. “It went so quickly,” he said.