Two Local Teams Race In This Year’s Brisbane To Gladstone 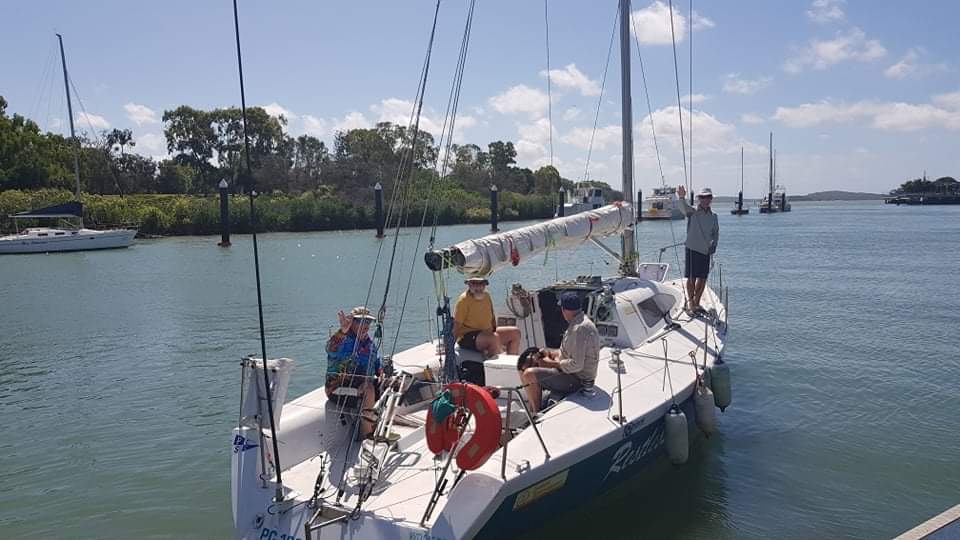 Restless and Wistari setting sail for the start line earlier in April.

A team member of Restless Racing and the wife of the skipper, Leanne Ibell, said that the crew had been training tirelessly and had been excited to reveal their new shirts at the starting line.

“Every year the team comes up with an exciting shirt design but this year’s design is particularly special because it’s in honour of Mabo and celebrates 30-years since the landmark decision. My family has a special association and memories of the Torres Strait Islands so we wanted to celebrate with our new race shirts,” Mrs Ibell said.

“The crew are all very excited for the race and I’ll be joining family and friends at the finish line to cheer them on!”

“I had a fall over Christmas, crushing my vertebra. My back will never fully heal but I figure it might be the last race for the old girl, at least with most of the current crew. Three of the crew will have their own boats going forward,” said Mr Patrick.

Before the race, Mr Patrick said that while he wasn’t sure what to expect the weather to be like, he had optimised Wistari over the years to make her competitive in most conditions.

The race set sail on Good Friday, the 15th of April, and celebrated the first year of the new finishing line in the Brisbane to Gladstone yacht race.