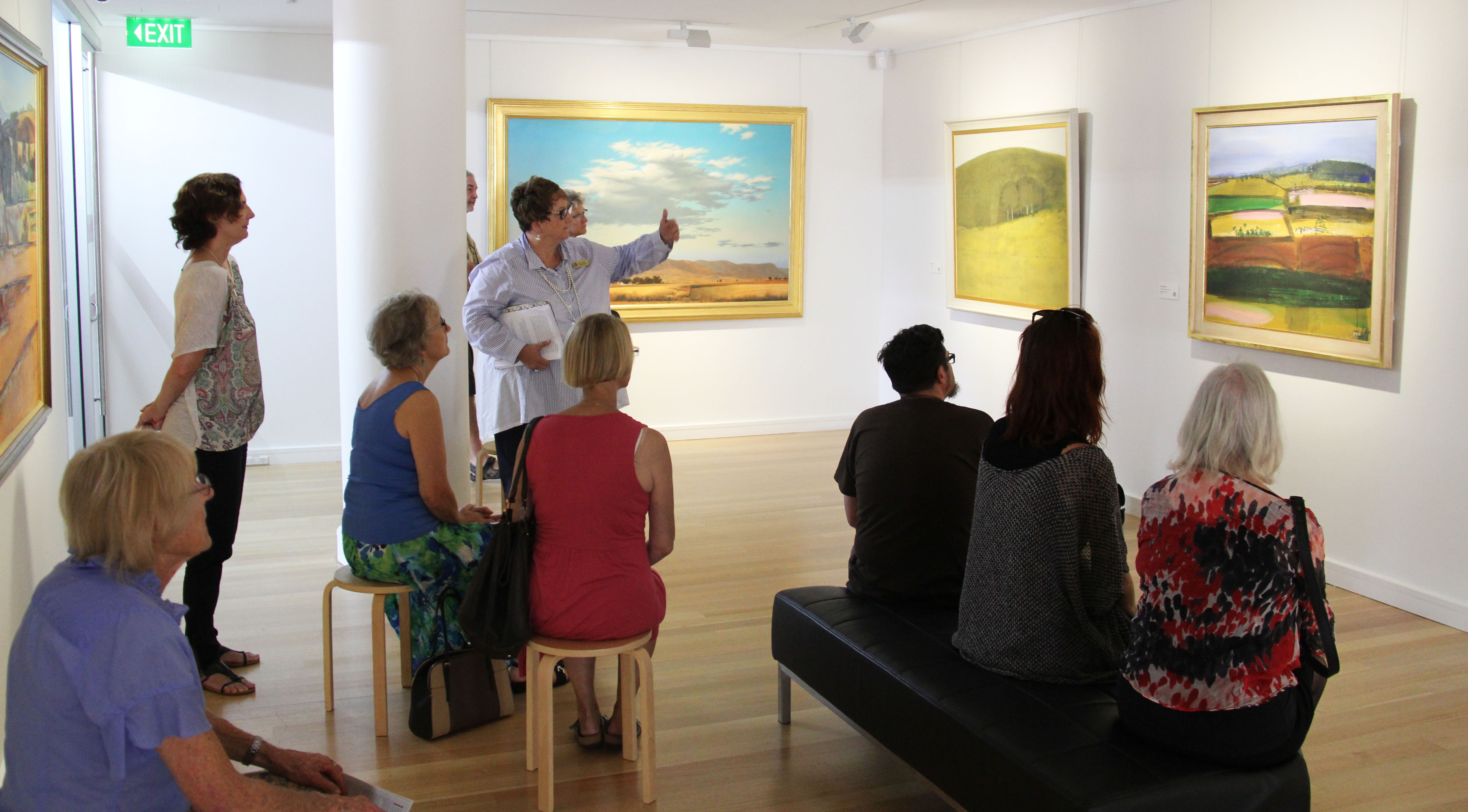 CURATOR’S TALK:  All are welcome to join the Tattersall’s Club Curator, Bernadette Hollett, for a FREE guided tour of ‘Tattersall’s Club Landscape Art Prize’ at the Gladstone Regional Art Gallery & Museum from 11am, Saturday 17 September 2016. Discussion and questions welcome.

Displayed until 1 October, the exhibition celebrates the Tattersall’s Club’s 150th anniversary and 25 years of their national Landscape Art Prize.  Fifteen award winning works by mid and senior career artists are on tour, featuring a wide range of painting styles including traditional, contemporary, narrative, industrial and urban.

The Gallery & Museum is open 10am – 5pm, Monday to Saturday.

GET YOUR ENTRIES READY:  Entries will soon be called for ‘The 41st Rio Tinto Martin Hanson Memorial Art Awards’. Get your submissions together and deliver them to the Gallery & Museum between 10am -5pm, on 6, 7 or 8 October 2016.

Keep an eye online for the entry form which is due to be released any day now: http://gragm.qld.gov.au

The 41st annual ‘Art Awards’ are supported by local industry, business and the community, and return with a lucrative prize pool of $40,000.  There are four sections of entry including: Easel Paintings, Works on Paper, Three Dimensional & Fibre Works and Digital Works.

This year’s ‘Awards’ will be judged by Director of Geelong Gallery, Mr Jason Smith, with the winners announced at the exhibition’s official opening on 15 October.