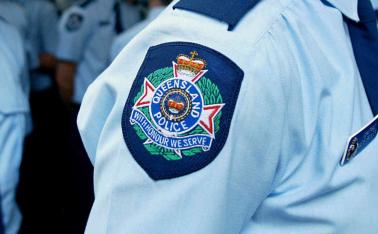 Law enforcement and health professionals are issuing an urgent warning regarding a deadly drug that has been detected in Queensland, with fears anyone who takes or comes into contact with the drug risks death.

Minister for Police Mark Ryan said Queensland Police and the Australian Border Force (ABF) work collaboratively on the importation and distribution of illicit drugs and substances and have come together to issue a warning given the very real danger posed by this particular drug.

“I am advised that Carfentanyl is a highly toxic and potent synthetic based drug, with a 0.002mg dose enough to kill a person,” Minister Ryan said.

“The fact that this illegal drug has been located in Queensland is very concerning and together with the police, we are urging people to not take any risks at all with this illicit drug.

“The Palaszczuk Government will be working closely with the Queensland Police to ensure this drug is kept off our streets.”

“We are very concerned to see this drug in Queensland. Because of its capacity to cause death, it is important we get the message out as soon as possible to the community,” Detective Superintendent Jon Wacker of the QPS Drug and Serious Crime Group said.

The drug was intercepted by the ABF at a Brisbane mail centre and has been tested and positively identified as Carfentanyl.

“The drug is based on Fentanyl, but is significantly more potent. A small dose has the capacity to kill – this is not a drug anyone should be taking a risk with.

“Make no mistake, these are not party drugs. These are dangerous drugs and it’s not a matter of if it will kill you. This drug will kill you,” Detective Superintendent Wacker said.

While the drug has been reported in the United States, it is relatively new in Australia with one confirmed detection in Sydney by the ABF in December 2016 and now this most recent detection in Queensland.

“It is unclear how it would be marketed here, whether sold in its pure form or mixed with other drugs and sold as the latest “hook”. Either way, we know this drug is lethal and we need to get the warnings out now,” Detective Superintendent Wacker said.

The drug is commonly used as a tranquiliser for large animals, including elephants and the most minute of doses for humans is lethal.

Information suggests that anyone who comes into contact with the drug on their skin or eyes is also at a very great risk.

Law enforcement and ABF officers will continue to work together to identify the origin of the drug and to monitor and restrict its importation into Australia.

“This substance is roughly 10,000 times more potent than morphine. We will continue to work very closely with Queensland Police to investigate the circumstances behind this very troubling attempted import,” he said.

“The protection of the Australian community is something we are resolutely committed to. I’d like to commend our border officers for making this important detection in the international mail,” Regional Commander Price said.