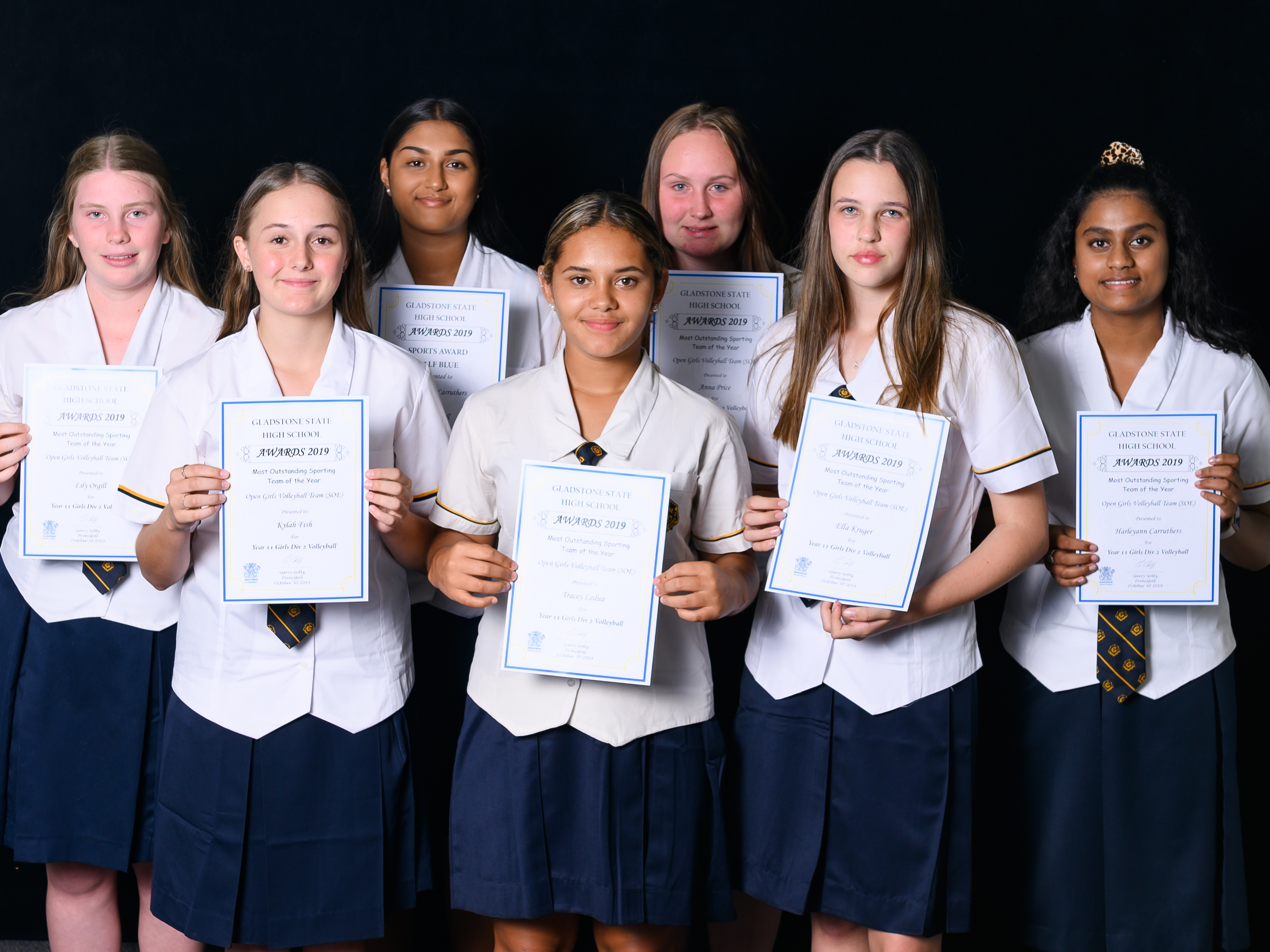 2019 was another Totally JAWSome year for our Volleyball School of Excellence. The success of this program is evident in the outcomes of our students.

The U17 girls team secured the Bronze Medal at the Senior Schools Cup coached by Ms Bimrose. The team also received The Most Outstanding Sporting Team Award for 2019 at the GSHS Awards night.

The Sharks program expanded in 2019 with the introduction of the first Junior Boys team coached by Mr Egerton. Each week the team grows and is ready to take on the challenge of competing in 2020.

Maddison Willis was awarded the SOE Junior Player of the Year and Georgia Snow was awarded SOE Senior Player of the Year. Georgia played in the U17 Women’s QLD team securing the Gold Medal at the Australian Junior Volleyball Championships in Canberra and was selected to attend the national program training camp after her success at the Championships.

Congratulations to the players, coaches and parents on the success of our teams this year. We look forward to what 2020 will bring!