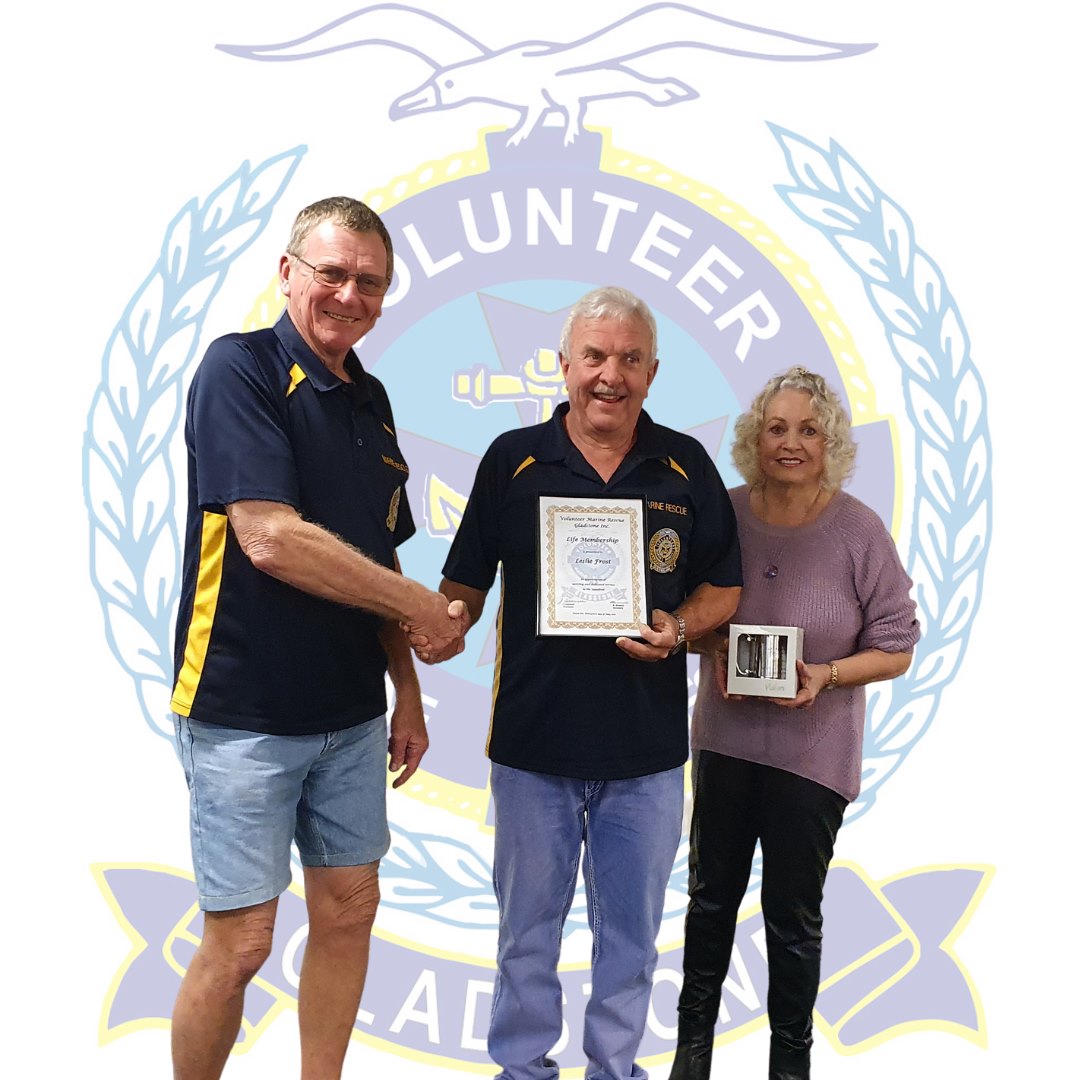 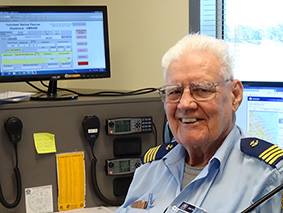 While returning from a reef fishing trip Les Frost had to be rescued by Volunteer Marine Rescue Gladstone (VMRG).

This rescue pushed Les to become a volunteer radio operator with the group, a relationship that lasted 42 years and over 100 rescues until his retirement this year.

Les, who was awarded VMFG Life Membership at a recent committee meeting said he had thoroughly enjoyed his time with the organisation.

“I found the work, which in my case involved listening for calls from boaties in distress and organising rescues, extremely rewarding, but I also enjoyed working with the other volunteers,” he said.

“I would encourage others considering volunteering to give go as it is important work.

“Without marine rescue volunteers, people’s lives are in peril when they run into difficulties at sea.”

Along with Les, Darrel Blackford, Kelly Hutchings and Jim Purcell, were also recognised for each having volunteered for over 40 years with the VMRG.

The group’s President Jeff Caldwell said VMRG was fortunate to be well-supported, which was a “credit to the character of our volunteers who give quietly give their time to serve others”. 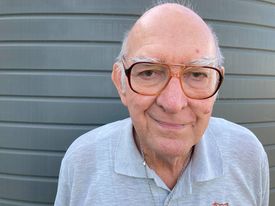 “While we have about 70 active volunteers, we are always planning for the future, and that means we always need to be looking for new members to join our team,” he said.

“And if you’re interested there is no better time to reach out than now.”

Les, who is an avid boatie and jet skier and enjoys fishing, said he is enjoying his well-deserved retirement.

“I maintain my boats, and like to spend time with my wife Laraine, and her volunteering interests and hobbies, but I still volunteer with the QFES,” he said.

“I feel extremely fortunate though to have spent so much time with the VMRG though.

“I am far more safety-conscious while at sea and have made life-long friendships.”

VMRG participates in about 70 marine incidents, including search and rescue tasks, medical evacuations, groundings and assisting with marine breakdowns, annually.

The group covers a rescue area from Cape Capricorn in the north to Bustard Head in the south, and 50 nautical miles seaward to the reef islands.

VMRG works with Gladstone Harbour Control to maintain a 24-hour watch of the area.

Volunteers are needed for everything from boat crew and radio operations to maintenance and administrative support including accounting, security and public awareness.

If you want to learn more about volunteering with VMRG contact James Harris at james.harris@mrq.org.au. 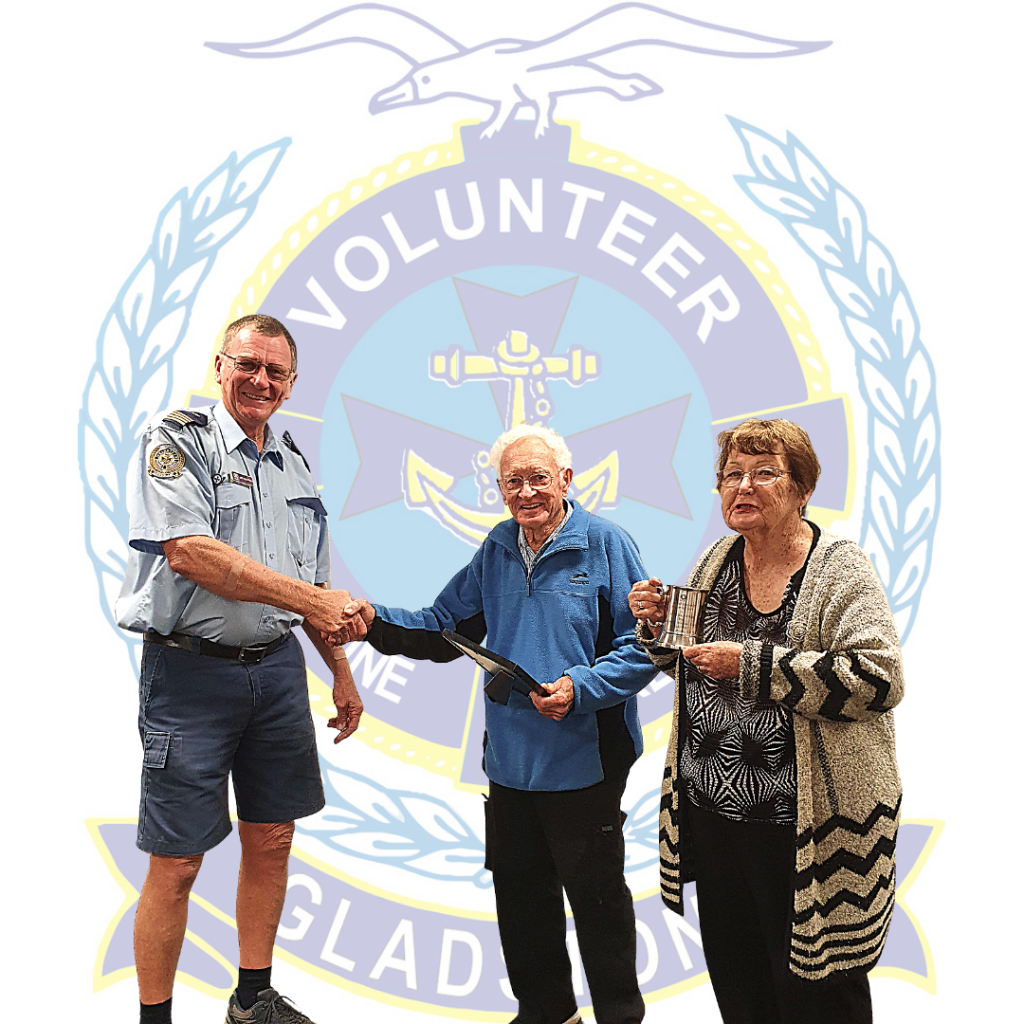