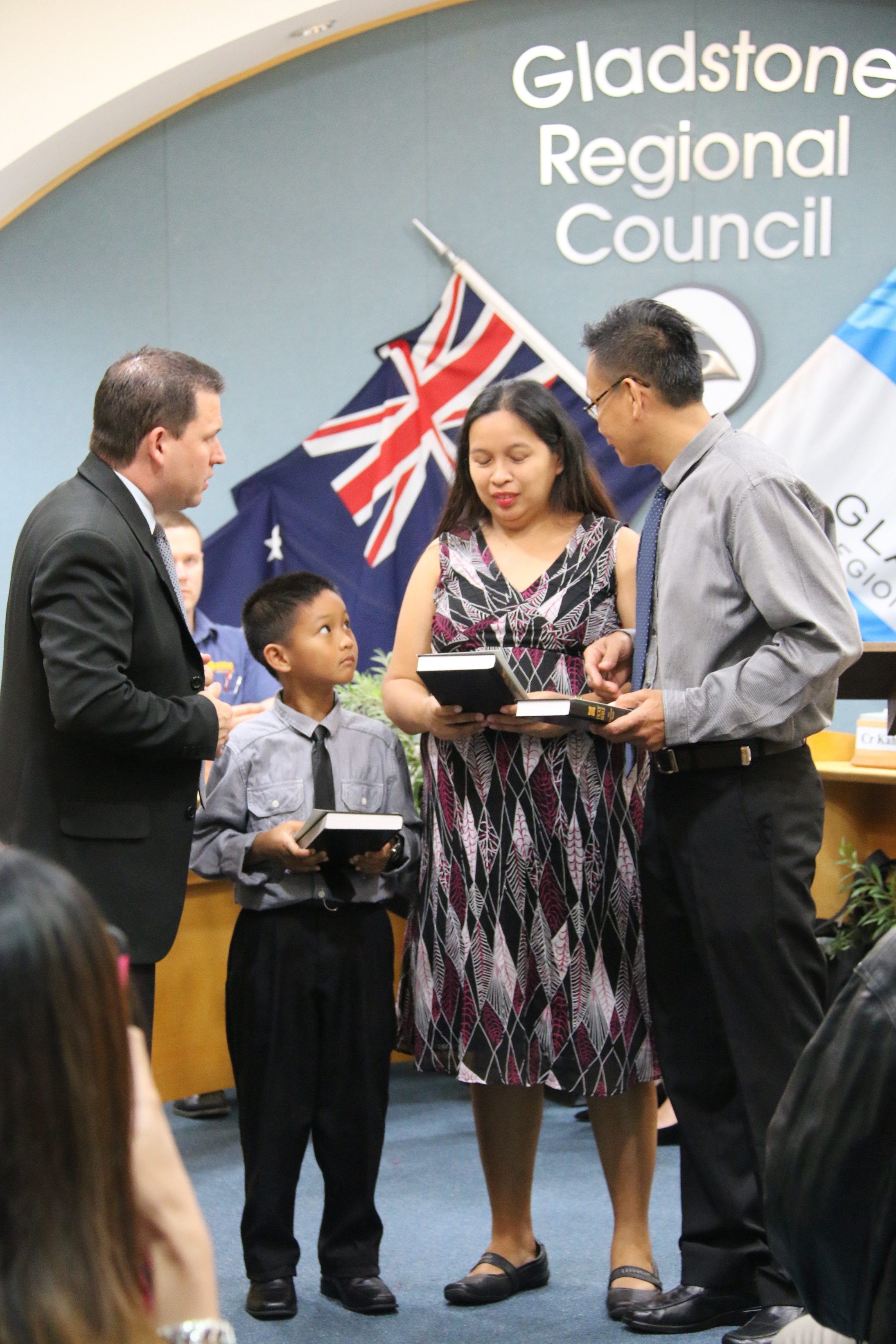 Gladstone Regional Council welcomed 19 new Australian citizens at their last ceremony of 2016 on November 30. The 19 new Citizens hailed from 6 countries including the Philippines, South Africa, and the United Kingdom. The next Citizenship Ceremony will be a combined ceremony with the Australia Day Awards night held on 25 January 2017. In total for 2016, 378 (a new record) new Australian citizens have been welcomed into the Gladstone Region.