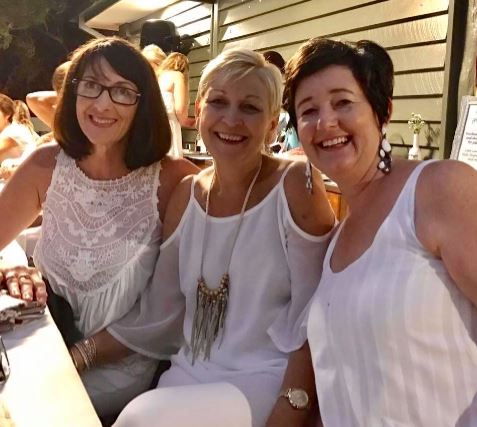 One woman dies every 10 hours from ovarian cancer. It could be your mother, wife, sister, friend or even your daughter.

For Gladstone woman Marilyn Steel, who is organising the fifth White Party to aid the Ovarian Cancer Research Foundation (OCRF) on March 24, it was her mother.

“The thing about ovarian cancer is it is very difficult to diagnose. The symptoms are very generalised and can be caused by any number things: abdominal pain and bloating,” she said.

“My mother had a separate medical issue with her stomach and for a long time she just attributed her symptoms to that,” she said.

As there is currently no early detection test for ovarian cancer and a lack of symptoms in the early stages of disease, women are usually diagnosed in the late stages – when the cancer has spread to other organs in the body.

To honour her mother, twelve months after her death, Marilyn held her first White Party, for a group of about thirty friends. Five years later, she has outgrown two venues and is holding this year’s event at Meteor’s Sports Club.

The party has a following with many of the guests return visitors, enjoying the opportunity for a fun night out with friends, delicious food, a few drinks and the chance to splash some cash on the raffles and auctions – including major prizes of jewellery from Tiffany and Co – all in an excellent cause.

It’s women only and the dress code is white on white.

Marilyn: “You often see teal as the colour for ovarian cancer awareness but it looks so spectacular with everyone dressed to the nines in all white. Sometimes people will complain and say “Oh I don’t have anything white in my wardrobe, but I think what better excuse to do a little shopping?”

“Ultimately the Foundation’s goal is to ensure that an early detection test becomes as readily available and habitual as a pap smear or breast mammogram in every woman’s regular medical,” Marilyn said.

“You don’t have to be a scientist to make a difference.”