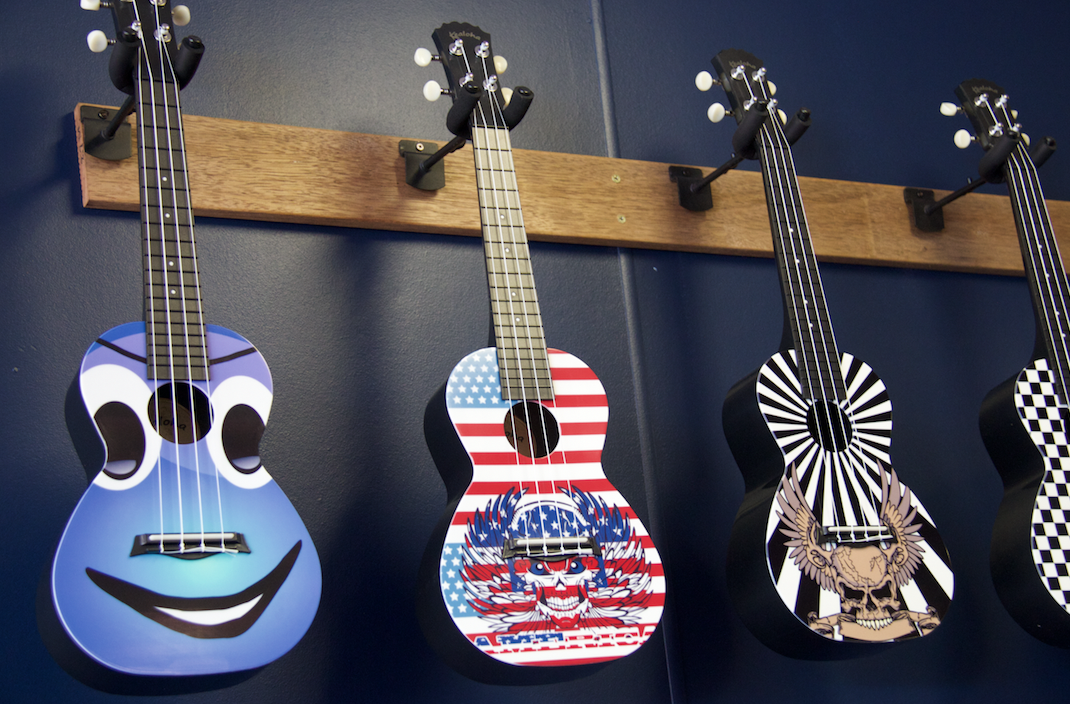 Tomorrow morning at 9am, musician and store owner William Edward Rose – Willy Ed to his mum – will throw open the doors of the new enterprise, rising from the same location as Anthony Breed’s Music at Shop 4/117 Toolooa Street.

“I hope a lot of musicians will come down tomorrow, play a bit of guitar maybe and have a look at what we’re doing here,” says Willy Ed, indicating the huge range of guitars, ukuleles, banjos, guitarleles and other stringed instruments arrayed in the store.

“For the grand opening, for every ten dollars you spend, you get a raffle ticket,” Willy Ed said. “The grand prize is a guitar, you have to be in store to win that and we’ll draw it at 3pm.”

And parents rejoice, because Willy Ed’s stocks everything Gladstone’s student musos need, from instruments – clarinets, flutes, violins, and trumpets in stock – and all the reeds, strings, sheet music and other accessories for band kids including maracas, drums, and tambourines for the percussionists.

Also cool is the huge range of home recording equipment and technology; reverb peddles from Outlaw Guitar Effects and a small but eclectic range of contemporary music on vinyl. There are some sweet looking retro turntables, Burnside amplifiers and band t-shirts too.

Specialised ordering systems and a strong partnership with their supplier mean that if what you need is not in stock, Willy Ed’s can get it in for you, often within a day.

All the advice you need is also available in store with emerging local talent Ben Lanzon behind the counter.

Ben’s band Mix Tape gigs regularly around Gladstone and he’s happy to share his know-how at Willy Ed’s. “Someone told me about Ben and I decided he’d be the ideal employee for the store,” Willy said. “I stalked him on Facebook, I didn’t even need to hold an interview.”

So rock on down to the Grand Opening tomorrow, September 2nd from 9am at 117 Toolooa Street – next to JHAM bar.