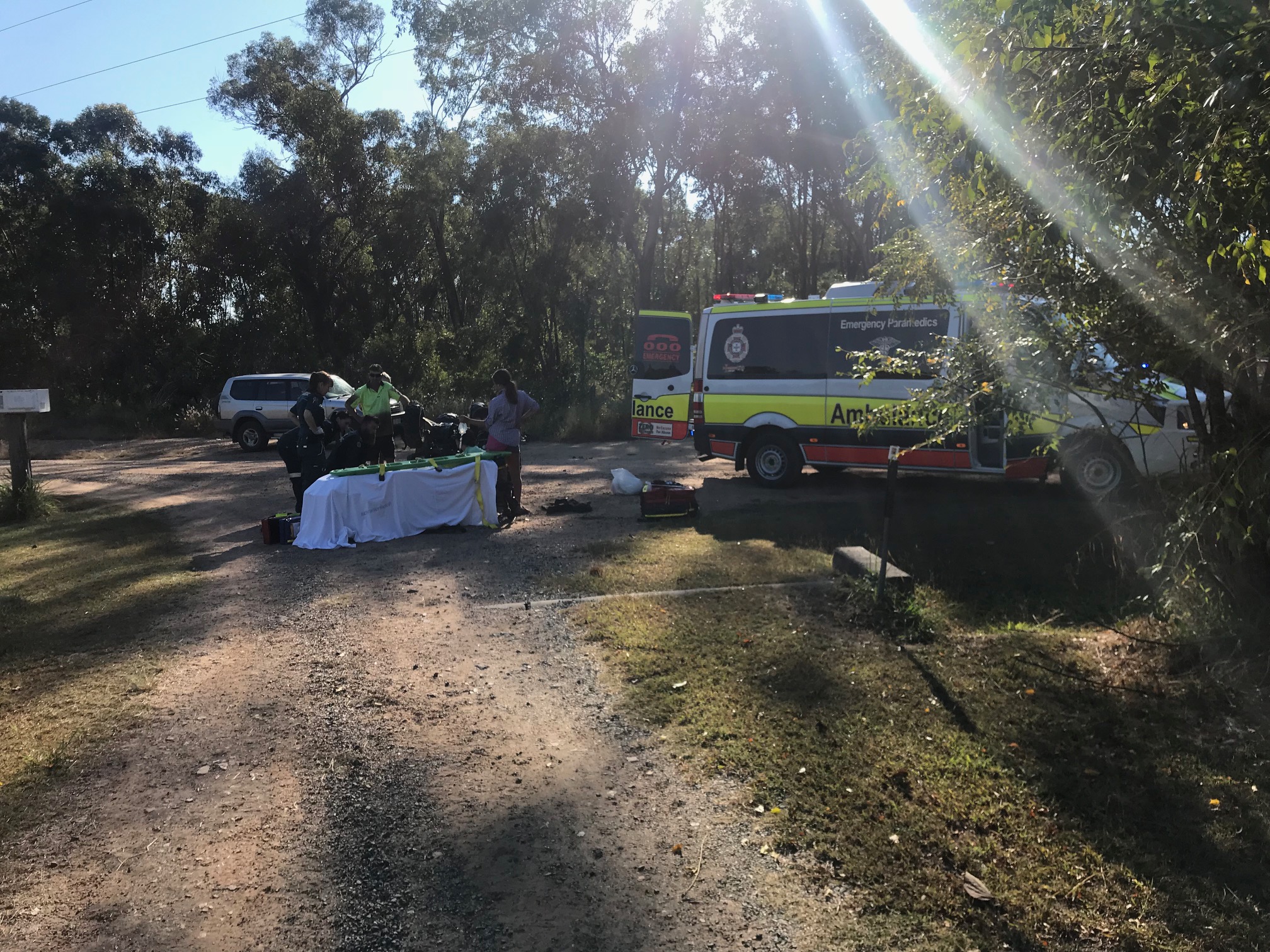 A fifty-six-year-old man has been airlifted to Rockhampton Hospital this morning in a serious condition after lying pinned under his quad bike all night.

Approximately 9 o’clock this morning, June 14, the RACQ CAPRICORN HELICOPTER RESCUE SERVICE was tasked to a property east of Yeppoon where the man had rolled the bike the previous evening.

A neighbour found the man pinned under his ATV early this morning and alerted
emergency services when he was unable to get him up.

Upon arrival at the scene, the patient was found to be suffering suspected significant head, shoulder and chest injuries. He was stabilised by the onboard Critical Care Paramedic and Doctor before being airlifted to hospital.