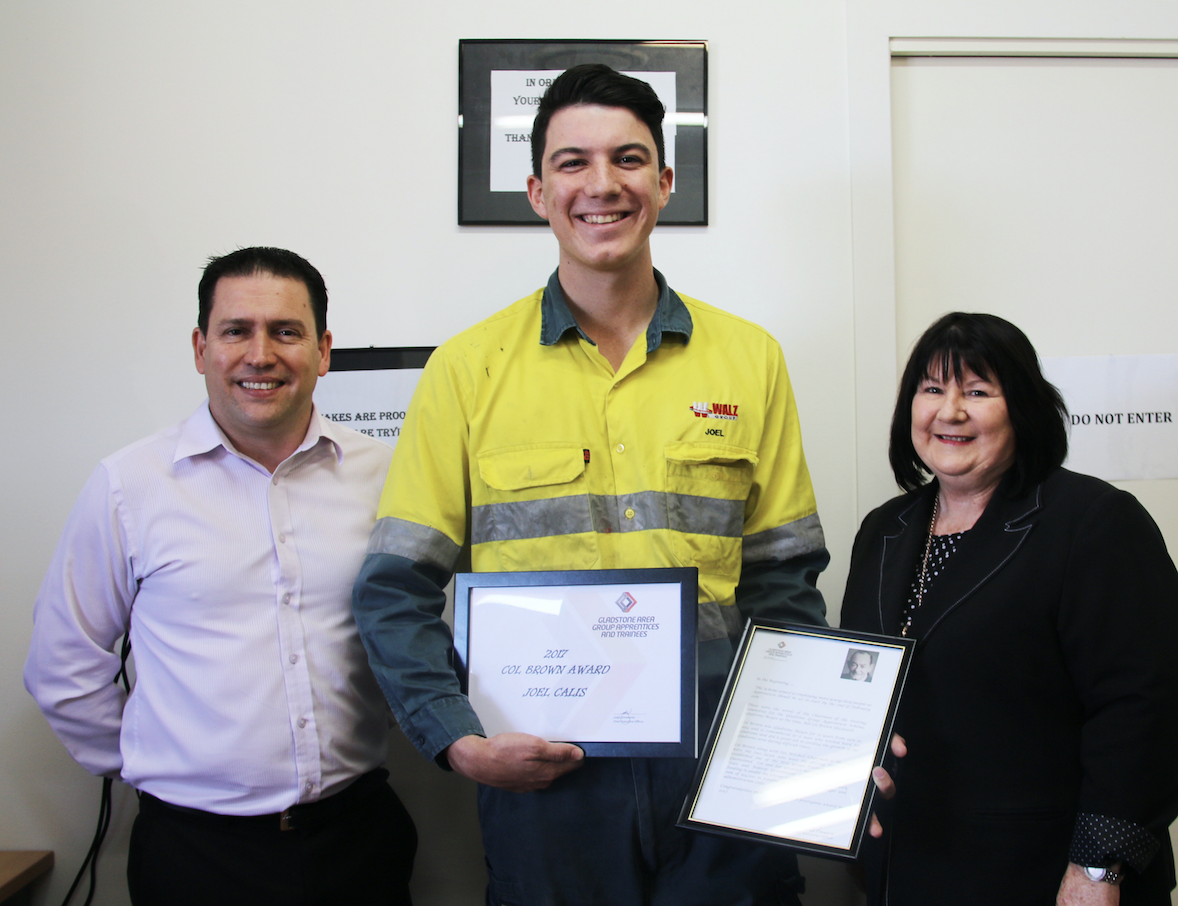 GAGAL was formed in 1984 by former Mayor of Gladstone, Col Brown, without his foresight, thousands of local would not have had the opportunity to commence and complete an apprenticeship.

The Col Brown Memorial Award is the most prestigious of all GAGAL’s awards. “Our awards are carefully judged by a panel of 3 independent judges, so to make it to a nominee is a big achievement and a finalist or the winner is just amazing.” Ms Zimmerlie said.

Mayor Matt Burnett expressed sincere congratulations to Joel Calis for earning the award and wished him the best for completing his apprenticeship.

“From my point of view this is one of the most prestigious awards in the whole Gladstone Region,” he said.

“Col Brown was a role model to myself and should be for all Mayors around Queensland and Australia. The fact that he helped set up GAGAL is a testament to all the good work he did. It really is a big award, Congratulations mate.”

A spokesperson for WALZ said, “Thanks for your efforts Joel, it’s a pleasure having you on board, you’ve got a couple years to go, we look forward to getting you through your apprenticeship and into your trade.”

Joel was presented with a framed certificate and a gift from GAGAL, as well as a frame dedicated to the past Mayor.

Congratulations Joel, we look forward to following your future successes!