Zonta Club Gladstone Says NO to violence against Women 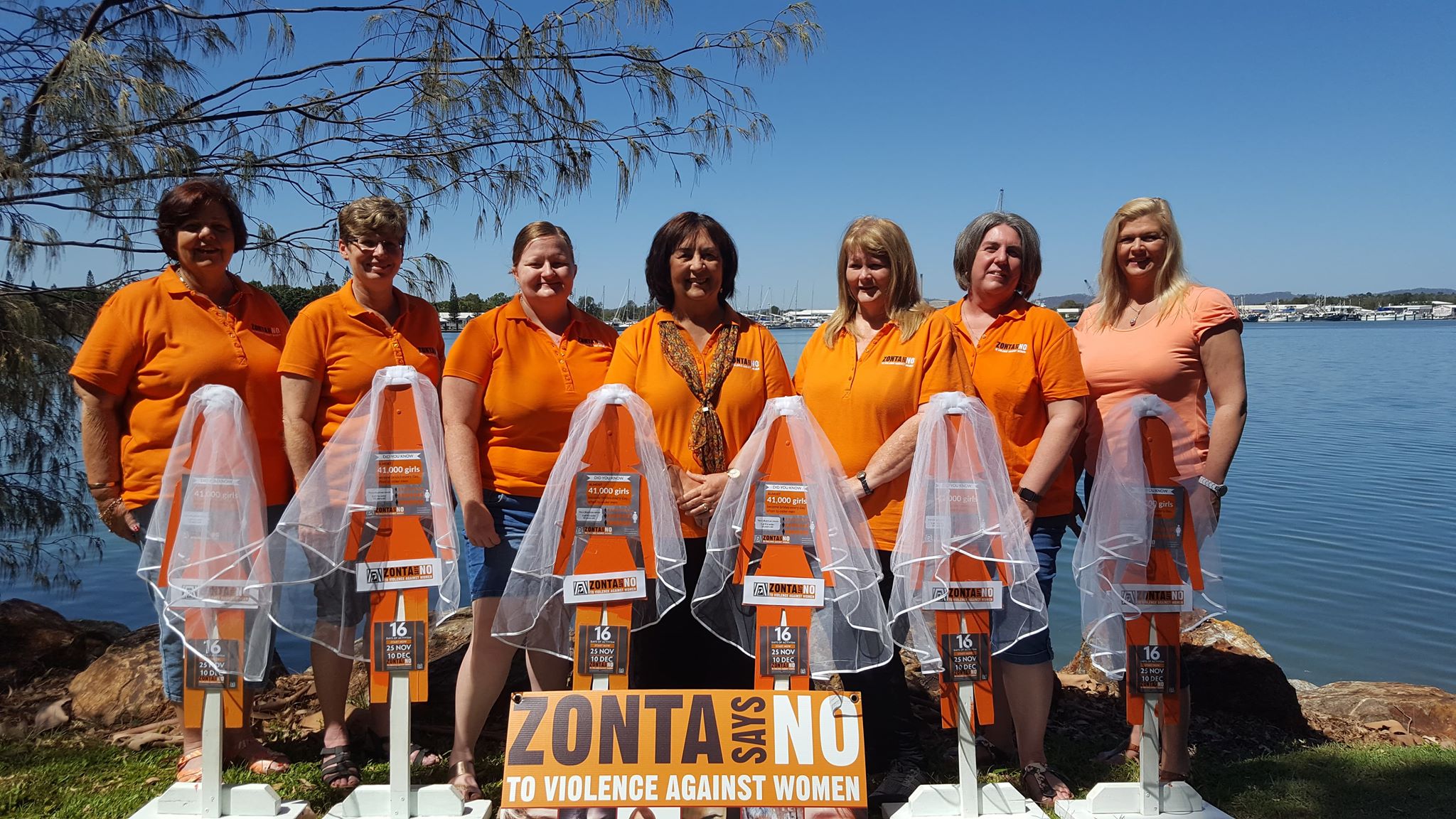 13 Dec Zonta Club Gladstone Says NO to violence against Women

Each year the Zonta Club Gladstone runs a local campaign for the 16 days of Activism Against Gender-Based Violence. The campaign begins on November 25th which is also the International Day for the Elimination of Violence Against Women and concludes on 10th December which is also Human Rights Day.

Advocacy Chair of Zonta Club Gladstone, Robyn Liddell said that this year in Zonta’s Centennial Anniversary Biennium, the club has joined in a major international project to eliminate one of the worst obstacles girls are facing globally: early marriage. “As part of our activities this year, the members of Zonta Club Gladstone have been taking 6 free-standing Zonta orange silhouettes to various businesses/organisations during the 16 Days of Activism, to raise awareness about child marriage. We’ve been posting on our Facebook page about where they visit and we thank all the businesses and organisations who have taken a stand to say NO to violence against women,” Robyn said.

Robyn explained that child marriage is a global violation of human rights that can be found in cultures, religions, ethnicities and countries around the world. Each year, 12 million girls are married before the age of 18. Child marriage violates girls’ rights to health and education, exposes them to a lifetime of violence and traps them in a cycle of poverty. “If current trends continue, 150 million more girls will be married in childhood by 2030, with devastating consequences for the whole world. Child marriage prevents opportunities for girls to continue their education and affects not only their health but also their children’s health. This effect is felt over generations. While conflict, social norms, and religion can all be factors in girls being forced to marry at a young age, the most common factor that can be found in countries, cultures and religions across the globe is poverty,” she added.

To conclude the campaign the local Zonta club held an Orange Breakfast on Sunday 9th December to raise further awareness.