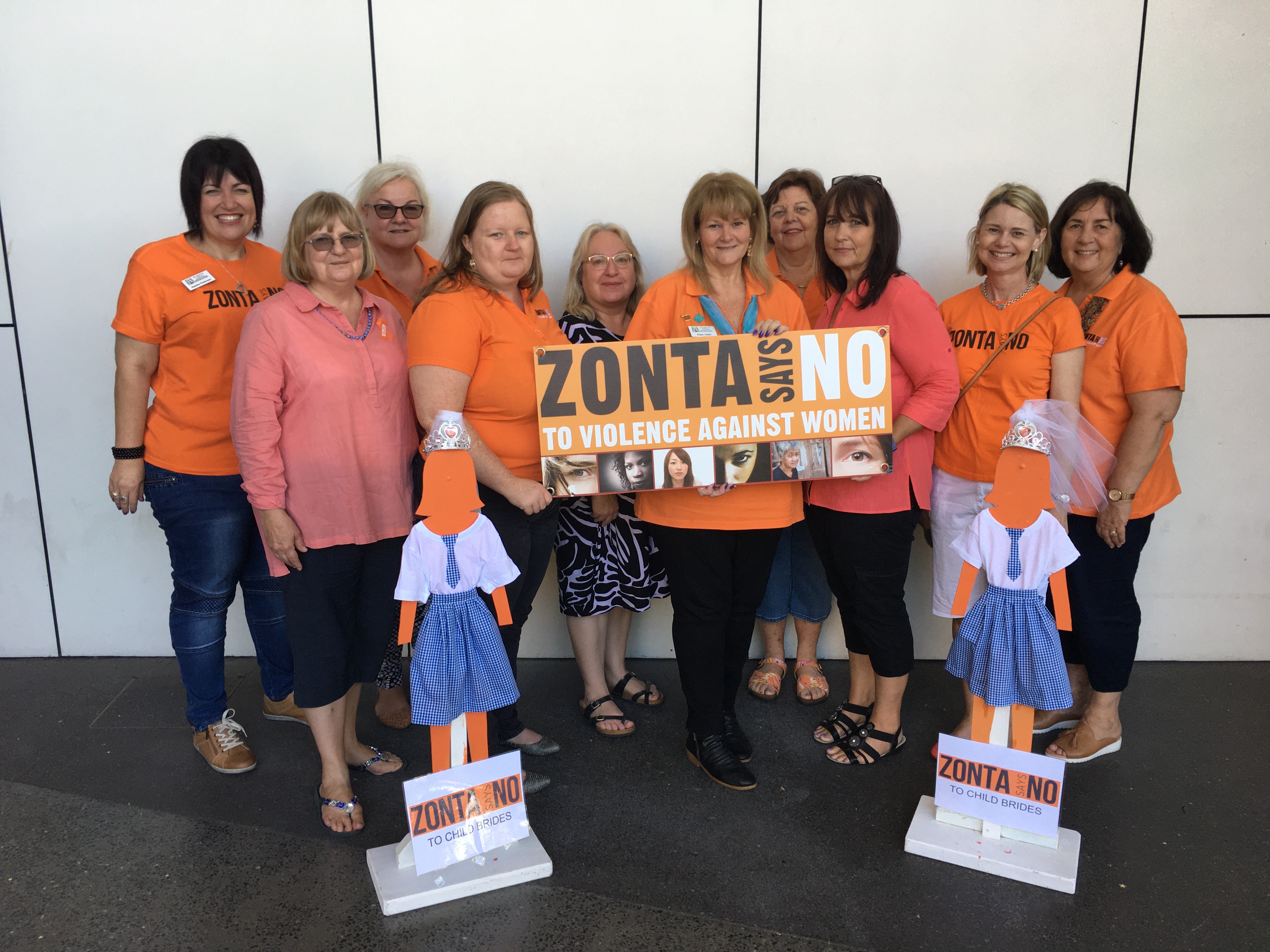 Posted at 06:00h in Community, Local by News 0 Comments

Zonta Club of Gladstone recently completed their campaign to raise awareness and fight against child marriage. The campaign took place from the 25th of November, which also marked International Day for the Elimination of Violence against Women, and ended on the 10th of December, which was Human Rights Day. Zontians across the globe joined the campaign for 16 days of activism against gender-based violence.

Robyn Liddell, President of Zonta Club of Gladstone said “We say NO to violence against women and work to end child marriage. Early marriage often means an end to education and our local campaign has focused on the need for girls to finish their education. We want girls to walk to school, not down the aisle.”

With the colour orange being associated with the elimination of violence against women, Zonta Club of Gladstone took to local businesses with orange cut-outs of women dressed in school uniforms to raise awareness.

“This year our orange women were dressed in generic school uniforms made by one of our Zontians, Heidi Moller. The campaign was led by Karen Marsh, Chair of Advocacy. We started the campaign with our orange breakfast, and many Zontians helped to take the orange women on their visits to approximately 40 local agencies and businesses during the campaign. We greatly appreciated the support,” Robyn said.

“Zonta will continue working towards a society where every girl has the same opportunities as every boy and no woman lives in fear of violence. We don’t know when this world will be a reality. But precisely because we don’t know, there is a lot for us all to do. Let’s work on this together,” said Governor of Zonta International district 22, Sandy Venn-Brown.

You can check out all the photos and posts from the campaign on the Zonta Club of Gladstone Facebook page.