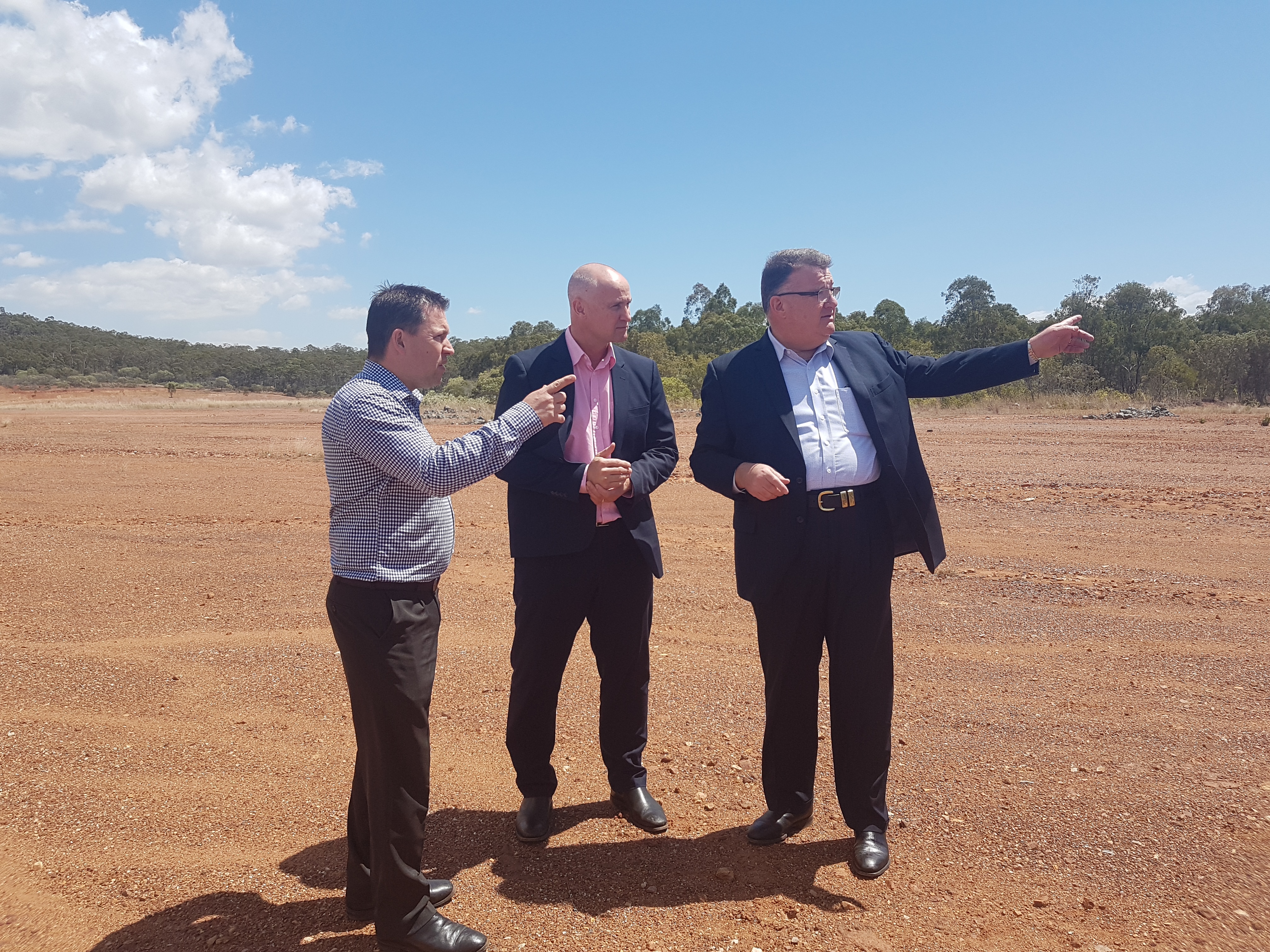 A $1 billion Gladstone Energy and Ammonia Project which could deliver up to 1000 jobs for the region has been declared a coordinated project by Queensland’s independent Coordinator-General. The announcement has been supported by both local and state government representatives who agree this is a much-needed vote of confidence in the Gladstone Region.

Minister for State Development, Manufacturing, Infrastructure and Planning Cameron Dick said Australian Future Energy Pty Ltd’s (AFE) project, located in the Gladstone State Development Area (SDA), now requires an environmental impact statement to be prepared. Mr Dick said the Coordinator-General’s decision to declare this project a coordinated project will help streamline approvals and fast-track the project’s delivery. A coordinated project approach also means that all the potential impacts and benefits of the project are considered in an integrated and comprehensive manner.

Member for Gladstone Glenn Butcher said the location of the proposed project will support the Gladstone region’s growing manufacturing industry, make a fundamental contribution to the local economy and provide numerous flow-on employment and economic benefits for our region.

“The proponent has estimated that 1280 indirect jobs would be created during the operational phase, generating significant additional jobs for regional suppliers and contractors as well as increased employment opportunities for local communities,” Mr Butcher said. He explained that the project also stands to benefit towns and communities close to the Gladstone region, as it proposes to use coal sourced from existing regional mines further strengthening regional employment and job security.

In an Australian first, Brisbane-based AFE proposes to convert 1.5 million tonnes per annum of coal to produce up to 330,000 tonnes of ammonia per annum, six to eight petajoules of synthetic natural gas per annum and up to 96 megawatts of electrical power generated from waste gas and heat. This ammonia and synthetic natural gas will then be used by major industrial users, including those focusing on agriculture, the mining industry and advanced manufacturing. While ammonia is produced elsewhere in Australia, this is the first time that the proposed coal gasification technology will be used to produce ammonia in Queensland.

Gladstone Regional Council Mayor, Matt Burnett has supported the proposed project announcement saying that if it goes ahead the project would provide a welcome boost to the local economy.

“This project would strengthen the Gladstone Region’s standing as an engine room for the nation, complementing existing and proposed projects that will generate energy via various means for many years to come,” Councillor Burnett said. “It will also create up to 1000 jobs, 800 during two years of construction and up to 200 full-time equivalent jobs for the 30-year operational period, which will represent a significant stimulus for the region’s economy.”

Cr Burnett thanked AFE for the trust they have shown by establishing the project within the Gladstone Region and thanked Member for Gladstone Glenn Butcher and the Queensland Government for their efforts in promoting the region as the ideal location for the project.

The next step in the project is the preparation of draft terms of reference by the Coordinator-General who will then invite community comment on the matters that must be addressed in the Environmental Impact Study.

The project is estimated to commence construction mid-2020, with the first ammonia production proposed for mid-2022.

Kerry Parker, Chief Executive of Australian Future Energy has said the coal gasification project proposed for the Gladstone State Development Area has been in the pipeline for close to 2 years.

He said the project brings significant employment opportunities with up to 1000 jobs during the construction phase. Mr Parker explained the project would provide a significant boost to the local community. He said the one of the big attractions of bringing this project to Gladstone was the opportunity to utilise the very skilled workforce in the town.  “Our experience has always been that where possible you utilise the local workforce as best as you can, both from a project perspective but also in bringing the right culture to the organisation. One of the real attractions here is the quality of the skills in the workforce. You don’t get that everywhere and we have certainly got it here.”

State Member for Gladstone, Glenn Butcher said projects like this continue to make Gladstone a great place. He said that he wants those workers who have had to fly-in and fly-out to work on construction sites to be able to come home to build this facility. He said that Mr Parker and his team at AFE are focused on making sure the people working on this project come from the local area. Mr Butcher said the flow on effect from locals working on this project would filter back through to other business sectors in the region.

The process Coal Gasification – what is it?

Kerry Parker, Chief Executive of Australian Futures Energy explains – “In simple terms, we are taking what is very low-quality coal, into a structure that looks very much like a chemical processing facility. The coal is then super-heated around 1500 degrees which gasifiers the coal into a fuel gas. We do other things to get it into an ammonia product and a pipeline quality gas.”