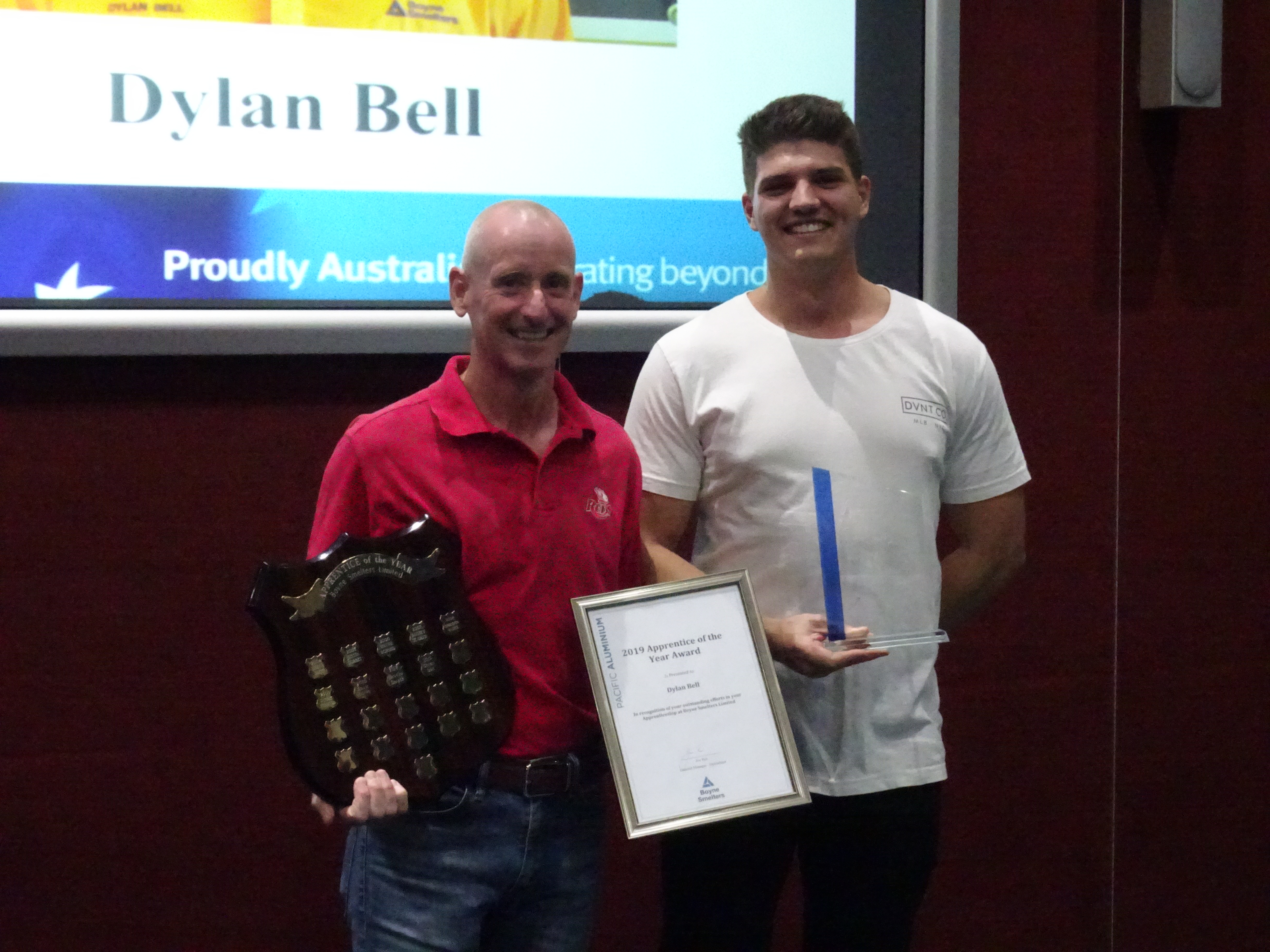 Posted at 08:00h in Industry by News 0 Comments

The recent Boyne Smelters Limited (BSL) Apprentice Awards ceremony was a night of celebration for both
apprentices and tradespeople.

The coveted overall Apprentice of the Year award was claimed by a well-deserving Dylan Bell, who is now employed as a qualified electrician at BSL. This award tops off a successful year for Dylan after he won the gold medal for the electrical control category at the National World Skills competition in Sydney in June 2018.

Awards were given to apprentices completing their first and fourth year, recognising the hard work
and dedication shown by each winner.

The celebrations did not stop there, with 11 apprentices being awarded their trade papers, having
successfully completed their apprenticeship with BSL. It was also an opportunity to introduce the 14 new first-year apprentices, who started in January 2019, to the wider BSL team. BSL offers apprenticeships in the fields of mechanical, diesel and electrical trades and for the first time in 2019, refrigeration and air conditioning.