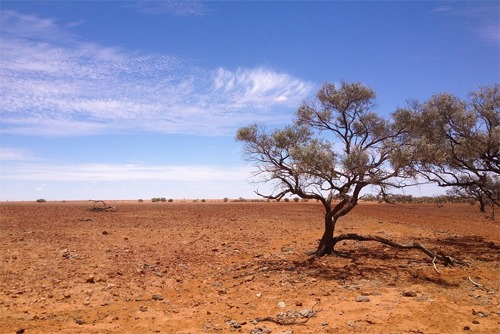 Posted at 07:00h in Federal Politics, News by News 0 Comments

Drought affected Farmers from rural and regional communities throughout Australia, which have been struggling through generations of unrelenting drought will benefit from projects funded by the Coalition’s Future Drought Fund. The fund will now give farmers access to the tools they need to prepare for, manage, and sustain their businesses during drought-affected seasons. The landmark funding was passed through Parliament recently and delivered on a key election promise made by the Coalition.

Over the next decade, The Future Drought Fund will grow from $3.9 billion to $5 billion, while facilitating a $100 million a year additional investment into drought resilience and preparedness from 1 July 2020.

Member for Flynn Ken O’Dowd said the Coalition had delivered on its election promise. “The Future Drought Fund will deliver investment into drought preparedness and resilience projects every year, starting next July,” Mr O’Dowd said. “This could include funding for climate adaptation, extension work, or region-wide projects such as pest and weed control.”

“The Coalition is backing in our farmers, and we will always stand up and support our drought-affected communities. The Future Drought Fund is about more than just money – it is about giving our farmers the best possible tools to face drought, now and into the future,” Mr O’Dowd added.

Mr O’Dowd explained that he had seen the effect that the drought had had on communities throughout Flynn, and the Drought Relief Fund further supports our Farmers. “This investment into the Drought Relief Fund is on top of the $2 billion we’ve already invested in Farm Household Allowance, Rural Financial Counselling, mental health funding, low-interest loans and more,” he said.

The Government will work quickly to establish the Future Drought Fund Consultative Committee, who will work to engage with farmers and rural and regional communities to put in place rigorous governance arrangements for the appropriate selection and prioritisation of projects.

Minister for Drought and Rural Finance David Littleproud said the Coalition was proud to deliver this legislation for our farmers and regional and rural Australia. “Australian drought policy now has a centrepiece and a guaranteed investment of $100 million a year that no Minister can take away.”