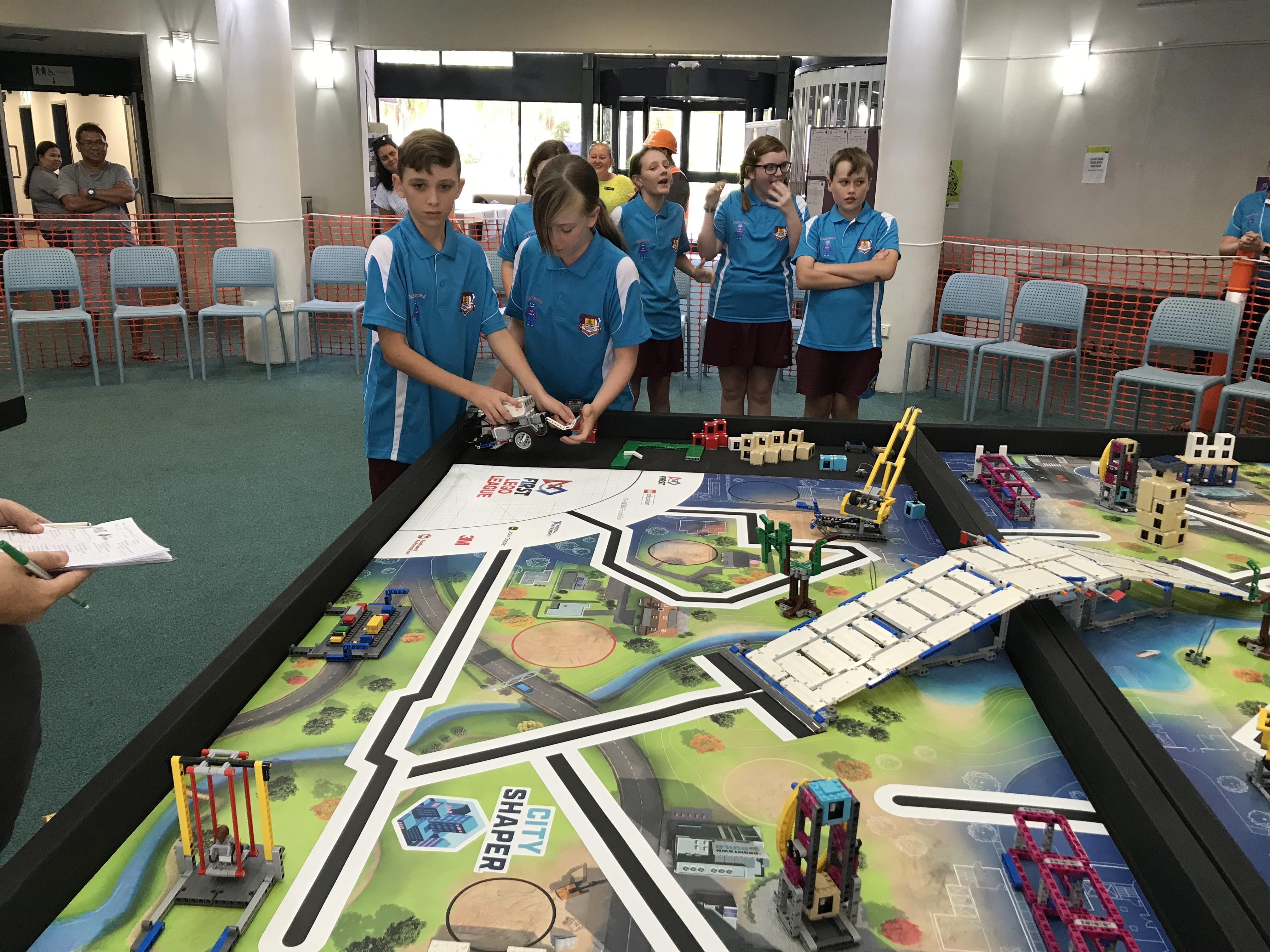 FLL is an energetic and exciting international STEM competition for primary and junior secondary students. Each year around the world, students participating in FLL develop solutions to solve various problems including scientific and real-world challenges. They also code robots to complete missions on a game table full of elaborate Lego designs, as part of the always impressive robot games. Students are judged not only on their problem-solving skills but also on their demonstration of team spirit, inclusion, respect and cooperation.

This year saw many schools across the region participating in the third annual Gladstone FFL Tournament, including students from Gladstone Central State School, Calliope State School, Gladstone State High School and Gladstone West State School. With a total of twenty-three teams, the FFL was an exciting STEM event which showcased student achievements in Science, Technology, Robotics, Engineering and Mathematics. An added feature of this year’s tournament was the Shell Questacon Science Circus being brought up to our region by their national sponsor, Shell QGC.

There was plenty of support again this year from local industries and schools, with Shell QGC covering registration fees, catering and volunteer support, and event resources. The cost of running the Questacon Science Circus was also provided by Shell QGC. CQUniversity and Gladstone West State School also sponsored the event, saving schools hundreds of dollars and supporting student and teacher growth in STEM skills.  Queensland Alumina Limited (QAL) and Rio Tinto Yarwun jumped on board for a second year by providing schools with mentors to assist teams in their preparations for the tournament. CQUniversity also generously supported this event for a second time by granting open use of the event facilities at the Gladstone Marina Campus.

This year’s FFL truly showcased the extraordinary talents of Gladstone region’s students, with NextGen from Calliope State School receiving the Champions Award and Gladstone State High School’s Lemon Sharks receiving the Runner Up and Robot Game Awards! Of the twenty-three teams, only five were selected to advance to national First Lego League Tournament held in Brisbane later this month! Congratulations to all who were involved!