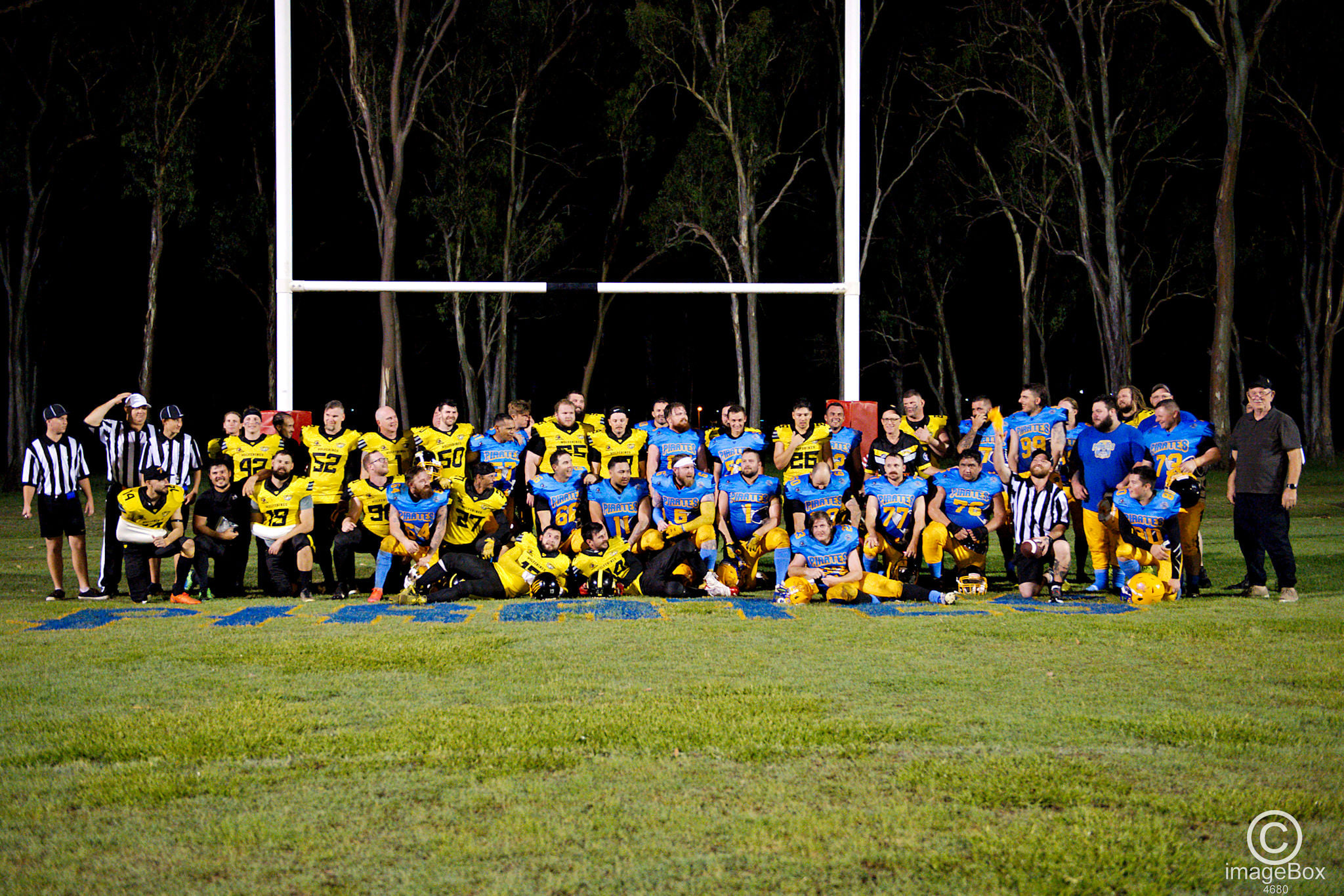 Posted at 06:00h in More Articles by Carey McIntosh 0 Comments

Gladstone’s Port City Pirates took on the Rockhampton Wolverines in round six of the Gridiron 2021/2022 Regional Queensland Competition on December 4.

The game, which took place at the Calliope Roosters Rugby League grounds, got off to a shaky start with both teams missing key players due to work shift roster patterns.

As a result the Pirates ended up debuting some Rookies while the Wolverines brought some of their players out of retirement.

At the end of the final quarter it wasn’t the score the Pirates were after, going down to the Wolverines 46 – 0, but the team left it all on the field.

Stand out performances from defensive players includes #15 Jordan Anderson and #99 Josh Robinson, while Quarter Back Ewen Macleod put in a strong running game.

Pirates President BJ Moore said since becoming affiliated in January this year the team’s training has been in full swing.

“With other sporting codes coming into the off-season, such as Rugby League, Rugby Union and Soccer, we have had great interest from potential new players,” he said.

“Our goal is to be a successful team on and off the field.

“We love and support our community, and this drives us to perform.”

The Pirates round seven match against the Townsville Cyclones will take place in Mackay on December 18. 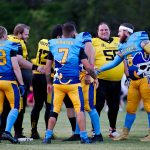 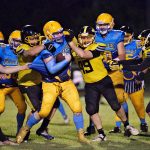 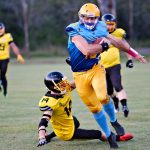 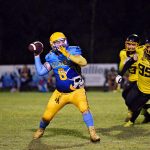