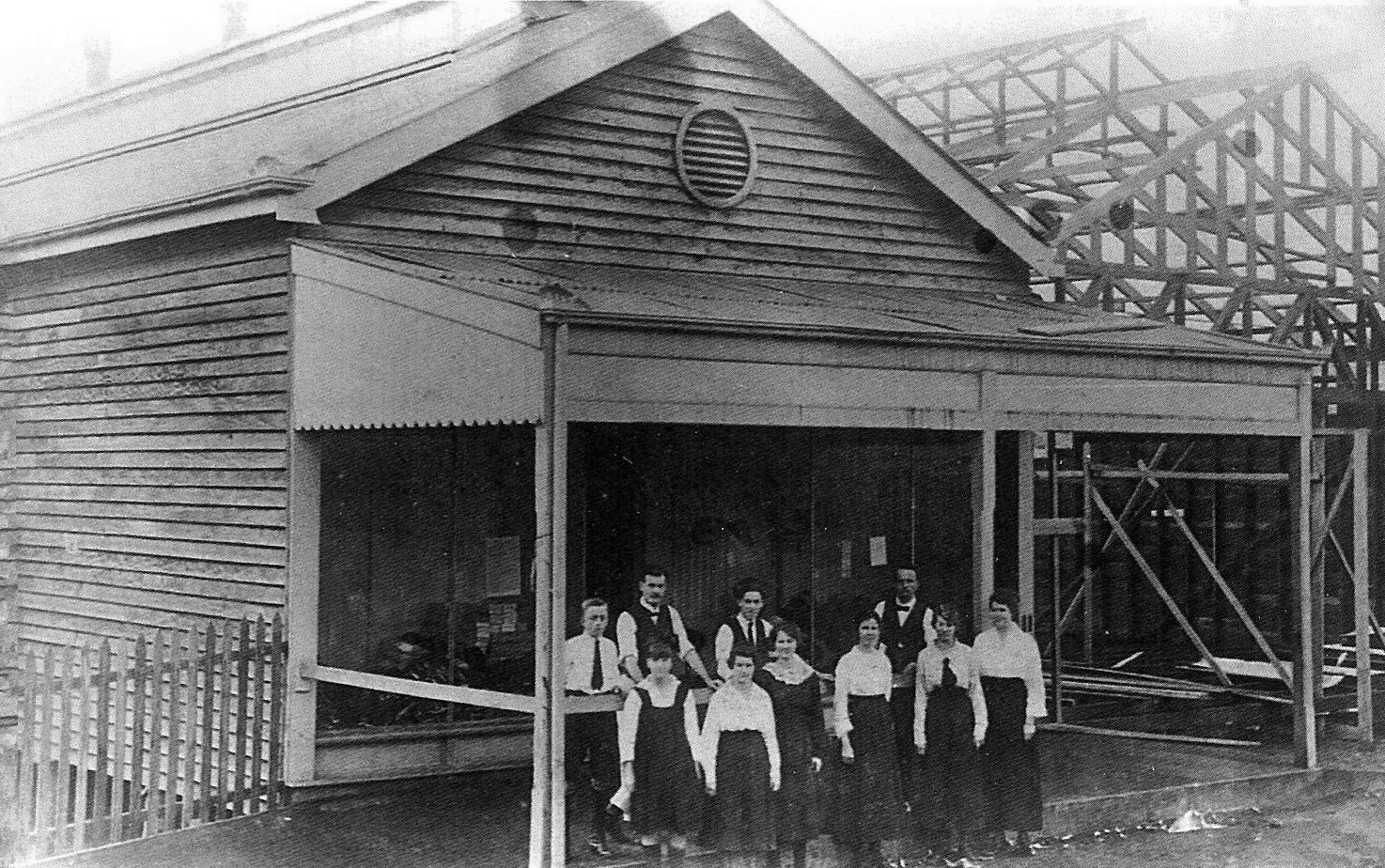 In 1871 Russell Wilkins & Edward McCullum owned a business called the Commercial Stores where they sold a variety of goods which included digger’s bellows, prospecting pans, photograph albums, dolls, cruet stands and men and ladies clothing. This store was situated at 23 Goondoon Street, beside the Gladstone Observer Office. This was on the left-hand side and a couple of blocks down the hill from the Yarroon Street corner. Next, it became Friends Bond Store and then it was owned by John Stamp and renamed the Free Trade Store. When Cornelious C Breslin came to town he looked for a business to go into and bought this store from Stamp in 1905. Breslin commenced his shop with drapery, groceries, ironmongery, boots, shoes and colonial products.