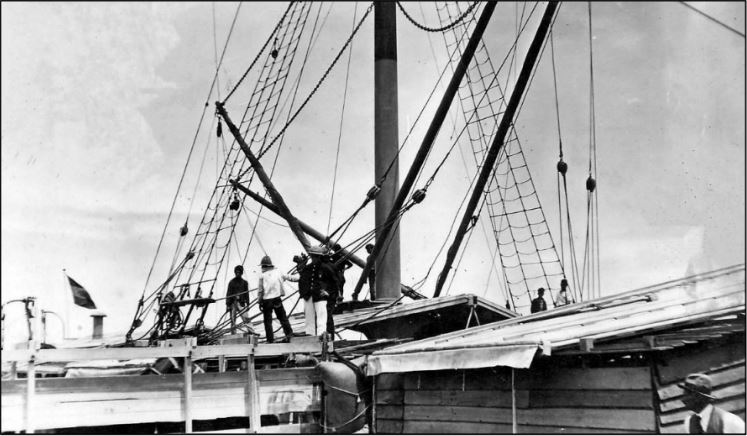 The breeding of horses for export to India and the Islands was a feature of development in the early years of Central Queensland and the district adjacent to Gladstone. This trade developed to the extent that tens of thousands of horses from the far west and central districts were exported from this area. At times, horses were driven from Clermont right through to the yards at Auckland Point. The first shipment of horses from Gladstone was O’Connell’s, and these perished on the ill-fated Sapphire in 1859.

Horses were also bred on Curtis Island for export in these early days and as no wharf existed in Gladstone prior to 1862, how these horses were loaded must remain a mystery. The crush, which had previously been erected in Auckland Creek by the Queensland Government for the export of fat bullocks for London in 1895, was then employed in the loading of horses.

The government undertook the financing of the provisions of a second crush, this time along the northern side of the wharf approach. This allowed horses to be driven along two mobile crushes across the wharf and onto the ship. The horses were then stabled below and on deck. Horse yards were erected across the road leading to the wharf.